His Highness Sheikh Mohammed bin Rashid Al Maktoum, Vice President, Prime Minister and Ruler of Dubai, this evening received Kerala's Chief Minister, Pinarayi Vijayan, and his accompanying delegation, and discussed sustaining the longstanding bonds between the UAE and India, in general, and Dubai and Kerala in particular.

H.H. Sheikh Mohammed underscored the keenness of the two countries' leadership to further advance the bilateral relations to the higher good of both peoples. 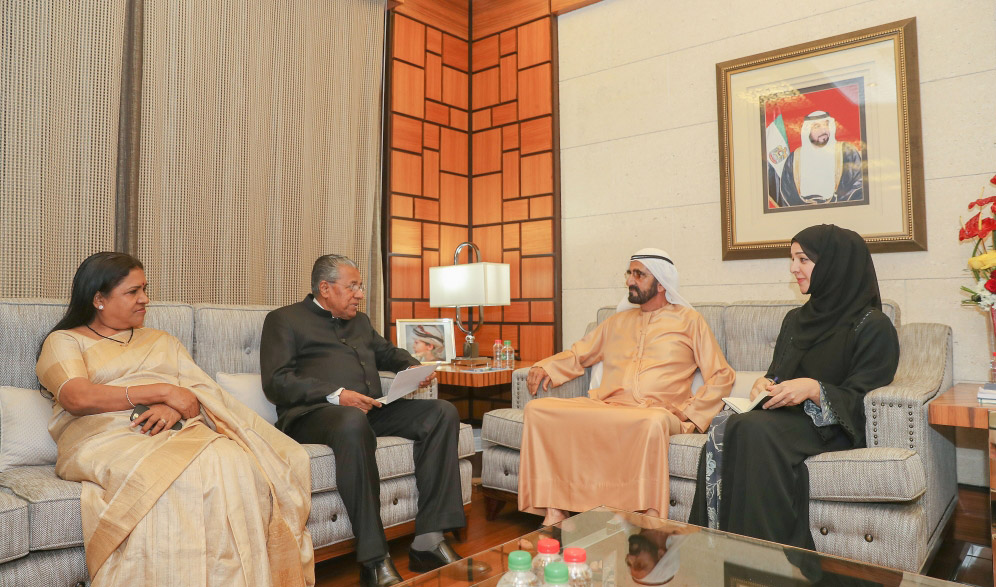 During the meeting, the UAE Vice-President received an official invitation from the Indian top official to visit Kerala, a state which is home to over 35 million people who "all hold H.H. Sheikh Mohammed and the UAE leadership in high esteem," Pinarayi affirmed.