His Highness Sheikh Mohammed bin Rashid Al Maktoum, Vice President and Prime Minister of UAE and Ruler of Dubai, emphasised that the UAE aspires to become the top destination for scientists, researchers and makers of tomorrow to strengthen the UAE’s march towards achieving sustainable economic development. "The UAE is renowned for being an incubator for creative minds and expertise of people of various nationalities and a thriving hub that seeks to develop scientific research in service of humanity," he said.

These remarks were made by His Highness while receiving members of the Emirates Scientists Council and the Mohammed Bin Rashid Academy of Scientists (MBRAS), alongside a group of distinguished young scientists and researchers in the presence of Deputy Ruler of Dubai H.H. Sheikh Maktoum bin Mohammed bin Rashid Al Maktoum.

During the meeting, His Highness awarded Dr. Wael Al Mahmeed, Consultant Cardiologist at the Heart and Vascular Institute at Cleveland Clinic Abu Dhabi with the first Mohammed bin Rashid Award for Investing in Scientific Research in recognition of his efforts to support research and the scientific community in the UAE. 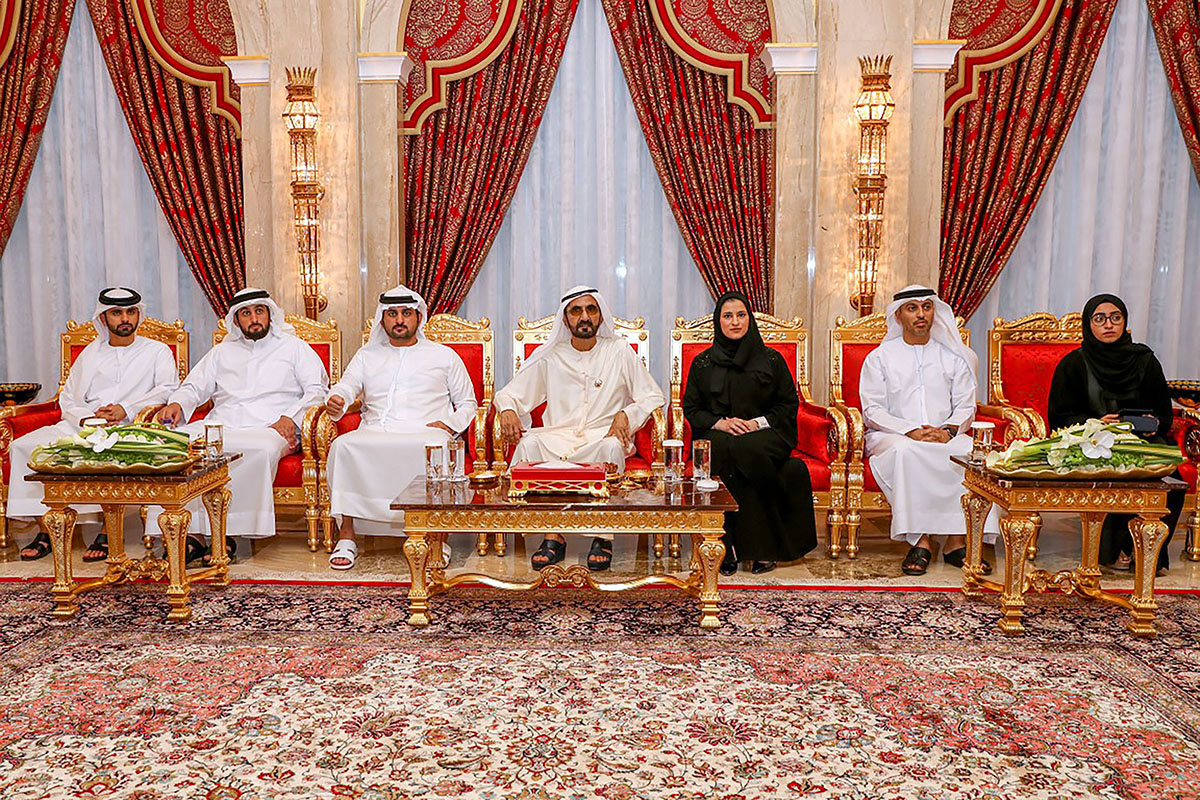 "We are delighted to announce the Mohammed bin Rashid Award for Investing in Scientific Research, which recognises the role of individuals who support science and scientists, and highlights the important role private investors, including entrepreneurs and philanthropists, play in the advancement of scientific research and knowledge creation," His Highness Sheikh Mohammed said.

His Highness further said: "We take pride in the generous contributions made by Dr. Wael and others like him, who invest their expertise and money to enrich the scientific sector in the UAE and for the benefit of humanity. They are the ones who will help us to attain our goals and our vision in this vitally important sector. We expect others like him to intensify efforts in the bid to achieve more successes in making the UAE a hub for advanced sciences and knowledge creation".

Sheikh Mohammed added: "The UAE was founded on the bold vision of men who appreciated scientists and promoted their stature across all fields. Today, we share all of our successes and achievements with scientists and we welcome them to the land of Zayed. Scientists of today are the makers of tomorrow and the essence of this nation. Fostering them is a key tool to turn creativity and innovation into reality and the best investment towards creating a brighter future for us and the world around us".

Sarah Al Amiri said: "The Mohammed bin Rashid Award for Investing in Scientific Research aims to honour businessmen, investors and philanthropists in the UAE and highlight their financial and moral contributions in support of the scientific community. It also aims to encourage these individuals to further support the country’s science priorities and help in achieving the sector’s coveted objectives in enhancing scientific research outputs and increasing R&D productivity, thereby positioning the UAE as a leading country in scientific research. This award also aims to spread awareness about the various scientific areas that need support and development. "

"The medal will be awarded by His Highness Sheikh Mohammed bin Rashid Al Maktoum to investors who have played an instrumental role in funding scientific research by establishing a fund to provide grants or attracting scientific talents to universities through a specialised endowed chair. It also recognises those who support scientific and technological advancement in the UAE by directing their investments to areas of scientific priority and building scientific capacity, thus aiding in the development of a sustainable knowledge-based economy " she continued.

The First Award Ceremony His Highness Sheikh Mohammed bin Rashid awarded Dr. Wael Al Mahmeed, Consultant Cardiologist at the Heart and Vascular Institute of Cleveland Clinic Abu Dhabi the Mohammed bin Rashid Award for Investing in Scientific Research, in recognition of his efforts to support medical research in the UAE.

Dr. Wael Al Mahmeed has invested his own money to support various medical research carried out at the Mohammed bin Rashid University of Medicine and Health Sciences. The grant seeks to support a variety of scientific research within the university and equip its scientific facilities and labs with the latest technologies, making Dr. Wael the most prominent private supporter of research in the country’s universities.