Sheikha Fatima praised for her philanthropic work in Pakistan

Federal Minister for Defence Production of Pakistan Zubaida Jalal has praised H.H. Sheikha Fatima bint Mubarak, Chairwoman of the General Women's Union (GWU), President of the Supreme Council for Motherhood and Childhood, and Supreme Chairwoman of the Family Development Foundation (FDF), for her help to improve the living conditions of women in Pakistan.

The Minister said that Her Highness has been helping indigent women in Pakistan with health facilities and education, especially in Ramadan. "We can see the kind of generosity that she gives out to all the poor through provision of ration and food stuff."

The way Her Highness has been working as a philanthropist in Pakistan and reaching out to most of the remotest parts, not in Karachi alone, but in the rural part of Sindh province is "impressive", she added.

This is also, she explained, because of the "cordial binding" that Pakistan have through centuries with the UAE, especially with H.H. Sheikha Fatima bint Mubarak, she told the Minister told the Emirates News Agency, WAM, in an interview.

"The kind of generosity that she gives out to all the poor," she said is something that can not be expressed in words.

"We can not thank her enough for her generosity in the sense it comes from her heart." 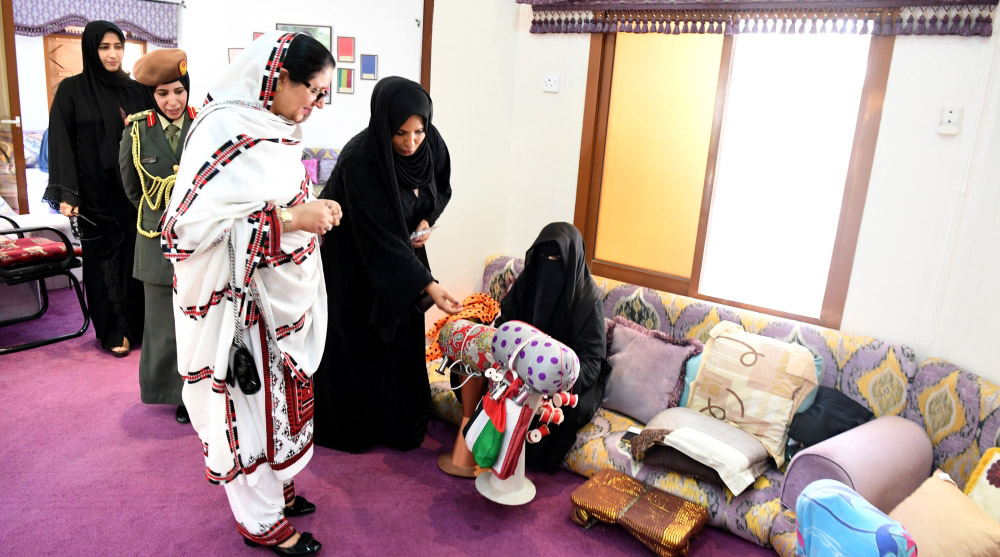 She does things because she believes in values, the fundamentals of Islam it self.

She pointed out areas in addition to health and education, like providing water supply, saying that in Pakistan it is the women who do the hard work, "they have to go out and fetch water, they actually go out for fuel as well."

"So we can give them some kind of relief," She pointed out, saying that giving a well nearer to their home, or a hand-pump will immediately lessen their burdens, and shorter distances.

"So we will be working on that."