The UAE continues to strengthen its performance in terms of global tourism, a key part of its policy of economic diversification.

The sector contributes over AED161 billion to the national GDP, a figure that is expected to record annual increases of 3.9 per cent to reach AED234.2 billion by 2027, 10.6 percent of estimated GDP for that year. 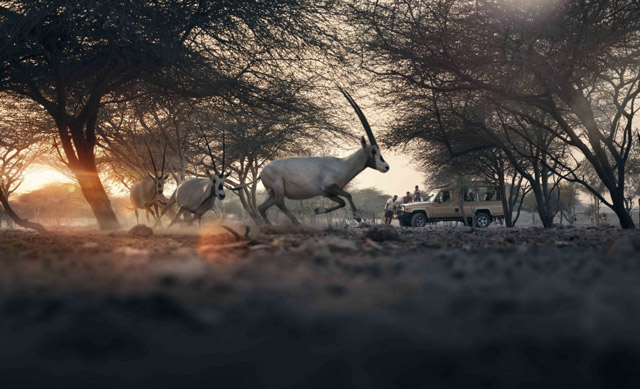 According to the 2017 Travel and Tourism Competitiveness Report, published by the World Economic Forum, the UAE ranked second in the Safety and Security Index, and third with regard to the air transport infrastructures.

The Second UAE Government Annual Meeting adopted three initiatives aimed at enhancing the tourism sector in the UAE, which include the launch of the "National Tourism Development Strategy" that focusses on forecasting the future, enhancing innovation and technology usage, and aims to achieve tourism sustainability.

The meeting also announced the launch of the UAE Tourism Identity initiative and adopted the Tourism Sector Development Initiative which will analyse fees and taxes currently levied in the sector and make recommendations on sustaining growth and the ease of conducting business.

Tourism is estimated to create around 325,000 jobs around the country. The number is expected to rise by 2.4 percent annually, providing 410,000 jobs by 2027, or 5.9 percent of the total number of jobs in the country.

Many events in the future will also ensure the growth and prosperity of the UAE’s tourism sector, especially the Expo 2020 Dubai.

Tourists are attracted to the UAE not only because of its unique tourism products and services, whether entertainment, shopping, business and conferences, but also because of its safety, security, political stability, economic prosperity and advanced infrastructure.

The UAE’s hospitality sector has achieved positive results in indices related to growth, prosperity and numbers of guests and establishments. The number of hotel rooms in Dubai rose to 115,967 in 2018, receiving over 15.92 million tourists. In Abu Dhabi, the sector set a new record, by accommodating 5.45 million guests in 168 hotels.

The UAE has many natural and environmental attractions, as well as a rich desert culture, enabling it to offer tourists a diverse range of activities. Millions of visitors also visit major shopping centres, like the malls in Abu Dhabi and Dubai, while the opening of the Louvre Ahu Dhabi Museum complements numerous museums elsewhere in the country, in particular in Sharjah.

Tourists are also visiting archaeological and heritage sites in increasing numbers. Key sites include Abu Dhabi’s Qasr al-Hosn, the Al Fahidi fort and museum in Dubai, the archaeological sites of Mleiha and Muwailah in Sharjah, Fujairah Fort and the restored palace in Fujairah’s Wadi Hail, Dhayah Fort in Ra’s al-Khaimah, the ‘Red Fort’ in Ajman, the 5,000 year-old mound of Tell Abraq in Umm al-Qaiwain and Al Jahili Fort and the Hili Archaeological Garden in Al Ain.

The UAE is a leading destination for arts and culture, due to its many art exhibitions, music festivals and theatrical shows taking place throughout the year. It also has many exhibition tourism facilities, such as the Abu Dhabi National Exhibition Centre, the Dubai International Convention and Exhibition Centre and Expo Centre Sharjah.

Thanks to world-class medical facilities, such as Cleveland Clinic Abu Dhabi and those in Dubai Medical City, the UAE is also seeing the growth of medical tourism, with an estimated 450,000 patients coming from abroad in 2018.