A construction crane has collapsed on Shaikh Zayed Road during high winds.

The official Dubai Media Office said the crane toppled onto Sheikh Zayed Road on Friday afternoon, injuring at least one person and setting three cars alight. Rescue crews were on the scene.

Friday is the first day of the weekend in Dubai, and traffic on the multi-lane highway is typically lighter than on workdays.

Dubai's transit authority says service on the elevated metro line running alongside the highway was temporarily suspended as a precaution. 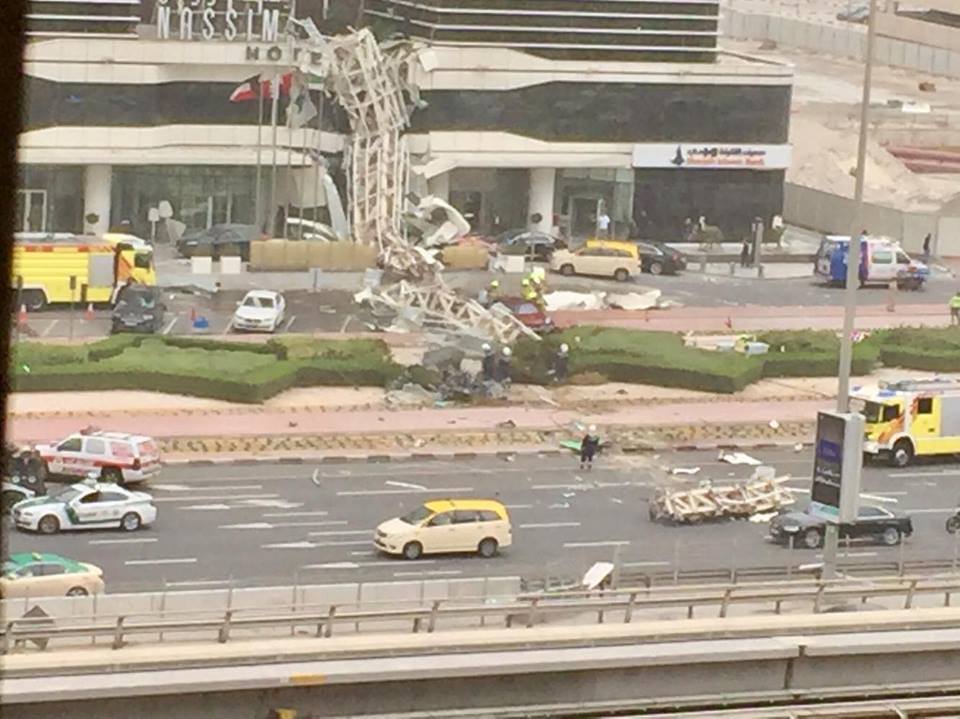 A crane has collapsed on Sheikh Zayed Road. Authorities are handling the situation to ensure safety of everyone on site. #Dubai

.@RTA_Dubai is working to resume normal service of Dubai Metro in the affected stations and provide shuttle buses to ensure smooth transit