The 'Well of Hope' campaign will provide clean water to over one million people in disadvantaged communities as 21 participating entities across the UAE pledged to dig 150 wells in 34 countries.

The initiative is part of the 20-day humanitarian competition, the first of its kind in the region, launched earlier by His Highness Sheikh Mohammed bin Rashid Al Maktoum, Vice President, Prime Minister and Ruler of Dubai. He had urged the public and private sector employees across the country to pump the largest amounts of water through a mobile virtual pumping device during Ramadan. Employees of 21 public and private institutions, during the holy month, competed to pump the water to be matched by Mohammed bin Rashid Al Maktoum Global Initiatives, MBRGI, that will, in return, donate the collected amount to water-stressed regions. 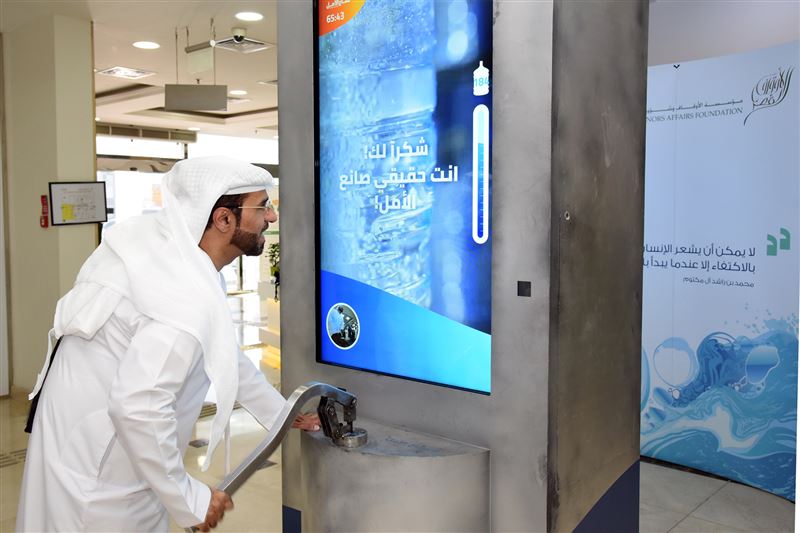 The Awqaf and Minors Affairs Foundation in Dubai, AMAF, took the lead through establishing the "Well of Hope" endowment to provide clean water to over 600,000 beneficiaries annually.

Mohammed Al Gergawi, Minister of Cabinet Affairs and the Future, said the humanitarian campaign embodies the vision of His Highness Sheikh Mohammed bin Rashid Al Maktoum to create hope and promote the values of giving and human solidarity through providing clean water, the essence of life, to disadvantaged communities.

Dubai Police and Abu Dhabi Media achieved record employee participation, with each entity contributing over 19,000 litres. Employees of DP World and Dubai Culture and Arts Authority pumped over 17,000 litres each, while the Dubai Health Authority and Dubai Media Incorporated contributed over 15,000 litres to the Well of Hope.

Ali Al Mutawa, Secretary-General of AMAF, said the initiative represents a global innovative campaign from the UAE to provide the main source of life and an essential element of the development of societies.

Global figures show that one in 10 people in the world have no access to pure water, while over two billion people live in countries experiencing high water stress. It is predicted that 30 countries will be facing water shortages by 2025.

The World Health Organisation, WHO, has previously noted that the issue of water scarcity will continue to evolve into an urgent priority, exacerbated by climate change and low water supply systems in less fortunate communities. Contaminated water is linked to transmission of diseases such as cholera and diarrhoea, which mostly affects children and puts their lives at risk. According to WHO, over 700 million people have no access to safe drinking water.

Since 2015, the MBRGI has carried on humanitarian and charitable work to become the largest regional and international foundation of its kind. The Foundation’s achievements reflect the vision of His Highness Sheikh Mohammed bin Rashid Al Maktoum in positioning the UAE at the forefront of developmental and humanitarian work on a global scale. Under the umbrella of MBRGI, more than 30 entities and initiatives implement more than 1,400 humanitarian, developmental and social programmes and projects that benefit over 130 million people in 116 countries.