The World Green Economy Oranisation (WGEO) and the United Nations Framework Convention on Climate Change (UNFCCC) recently signed a memorandum of understanding to establish a 'Regional Cooperation Centre' in Dubai, focused on the Middle East and North-Africa, to enhance the activities in the region. 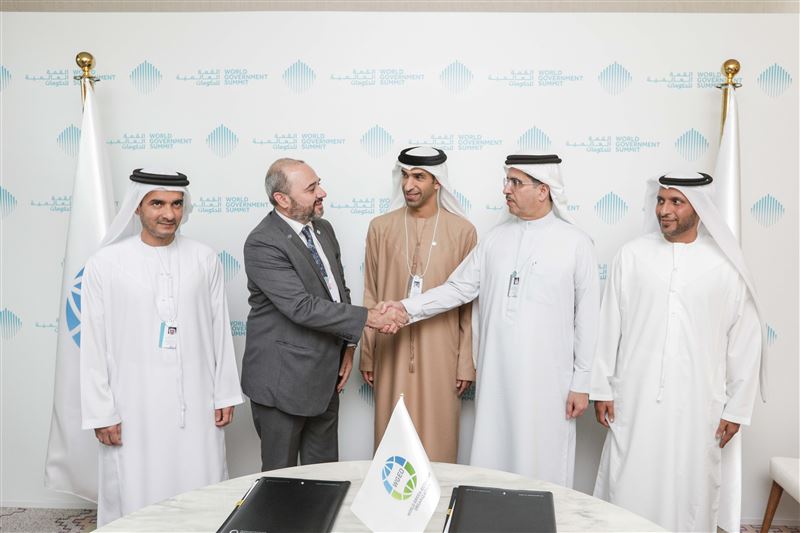 Saeed Mohammed Al Tayer, WGEO Chairman, and James Grabert, Director of Sustainable Development Mechanisms at the UNFCCC, signed the agreement during the 7th session of the World Government Summit.

The collaboration will support governments and other stakeholders in MENA and South Asia region to enhance climate action, to increase their ambition and to implement countries’ Nationally Determined Contributions (NDCs) to support Paris Agreement on Climate Change adopted in December 2015.

"We are pleased to witness this partnership between WGEO and UNFCCC. We need to see more such partnerships promoting international cooperation and knowledge sharing towards increased adoption of green economy and sustainable development," said Dr. Al Zeyoudi.

"Tackling climate change requires an all-hands-on-deck approach with every sector having its integral part to play. The Regional Cooperation Centre will reinforce the momentum of climate change mitigation and adaptation efforts through consolidated collaboration efforts across the region," he added.

Commenting on the signing, Al Tayer said, "We are guided by the vision of His Highness Sheikh Mohammed bin Rashid Al Maktoum, Vice President, Prime Minister and Ruler of Dubai, who launched WGEO in Dubai in 2016 in collaboration with the United Nations Development Program (UNDP). Climate Change no doubt is a global issue and therefore a joint and concerted action should be taken from all around the globe to rely on renewable and sustainable energy sources to establish the balance between development and preserving the natural resources for future generations."

"The UAE has taken stringent measures to address climate change, by preserving natural resources, expanding clean energy and implementing green growth plans. WGEO will share the experience and knowledge that it has gathered from its work in the region and will provide the logistical and human resource support needed for initial RCC operations," he added.

"This important partnership establishing a regional centre in Dubai will help turn climate ambition, so urgently needed, into climate action on the ground in support of the Paris Climate Change Agreement and the Sustainable Development Goals," said James Grabert.