End of an era as Japan's emperor abdicates

Emperor Akihito of Japan formally stepped down Tuesday, the first abdication for 200 years in the world's oldest monarchy, as his son Naruhito prepared to take the Chrysanthemum Throne and usher in a new imperial era.

In the "Room of Pine" in Tokyo's Imperial Palace, the popular 85-year-old performed the abdication ritual in the presence of the imperial regalia - an ancient sword and sacred jewel that are considered to legitimise an emperor.

In his final speech, Akihito offered his "deepest heartfelt gratitude to the people of Japan" and said he would "pray for the peace and happiness of all the people in Japan and around the world." 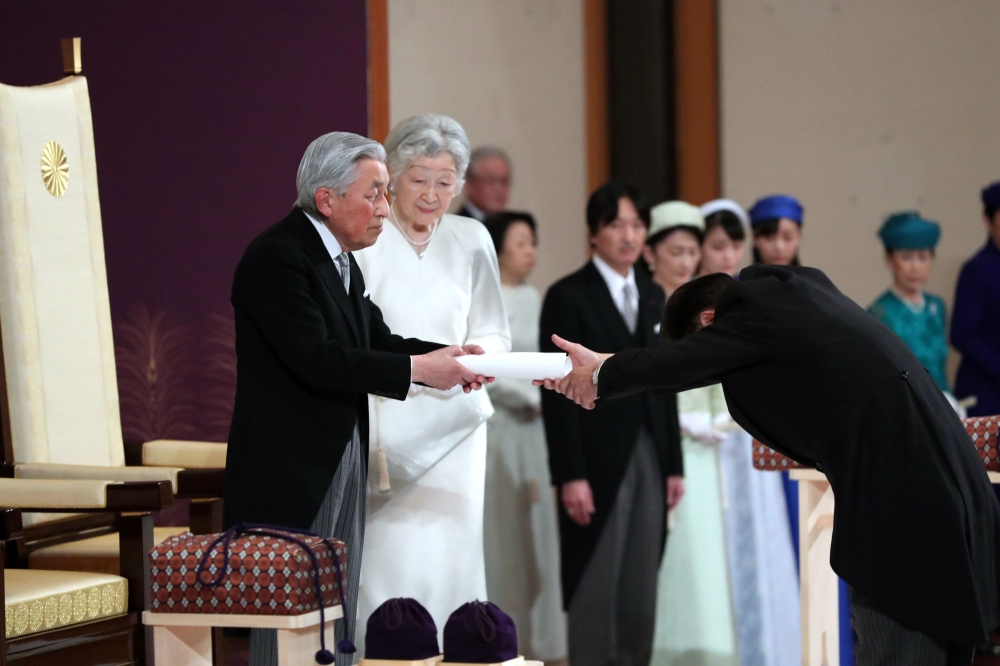 Despite near-constant rain in Tokyo, several hundred wellwishers congregated outside the Palace during the historic ceremony attended by around 300 people, including Prime Minister Shinzo Abe and around a dozen members of the royal family.

"In the past, enthronements followed the death of emperors and people weren't sure whether they should be happy and celebrating, but with this transition, I am sure that we can celebrate while welcoming the new era," she said.

Akihito will technically remain emperor until the stroke of midnight when Naruhito takes over and the new era of "Reiwa" - meaning "beautiful harmony" - begins, lasting for as long as he reigns.

Earlier Tuesday, draped in ornate golden-brown robes and wearing a towering black hat, Akihito reported his abdication to his ancestors and Shinto gods at several sanctuaries in the palace.

On Wednesday, the 59-year-old Naruhito will inherit the imperial regalia in a 10-minute ceremony that is off-limits to female royals, even his wife Masako. He will shortly afterwards make his first address to the nation as its 126th emperor. 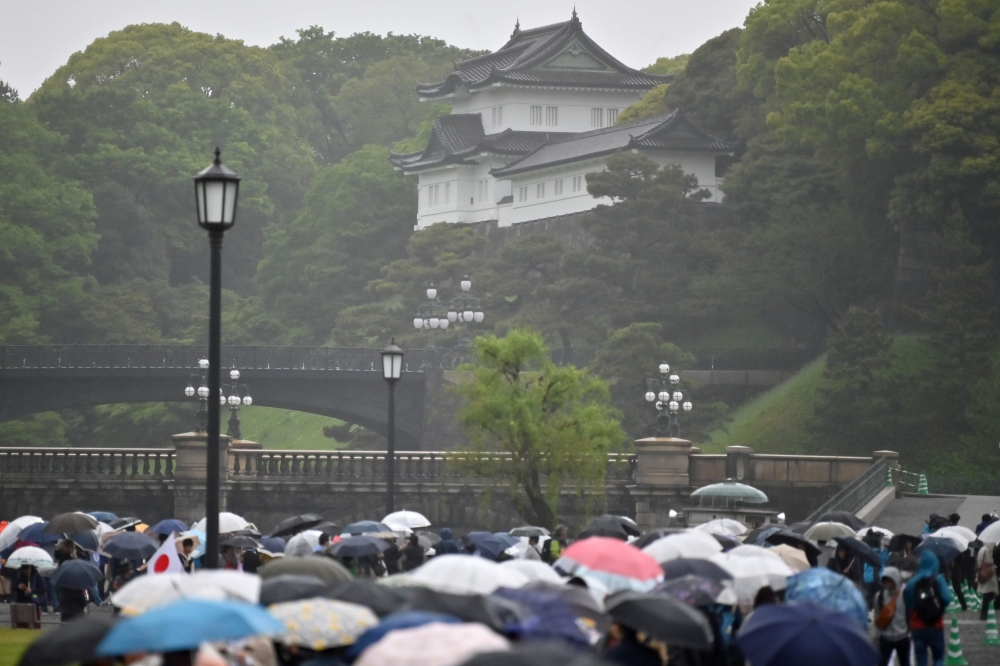 Crowds were expected to gather to count down to the new era outside the palace and at the scramble crossing in Tokyo's lively Shibuya district, although the drizzle threatened to dampen some of the enthusiasm.

Security has been beefed up with extra police patrols on the streets, sniffer dogs scouring the palace grounds and even divers inspecting the moat.

A more public enthronement ceremony will take place on October 22, during which Naruhito will parade through the streets of the capital and be congratulated by other world leaders and royalty.

President Donald Trump sent congratulations, offering "heartfelt appreciation" to the outgoing imperial couple and stressing the "close relationship" between the US and Japan.

He will become the first foreign leader to meet the new emperor on a trip in May. 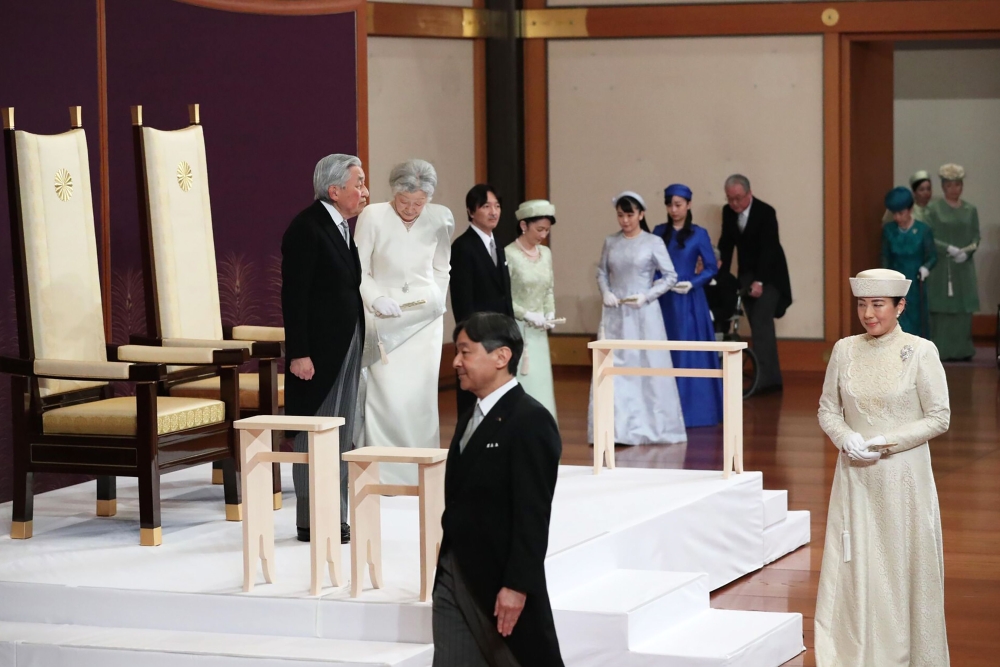