The train engine appeared to have slammed into the buffers at the end of the track at high speed, sparking a major blaze at the Ramses station and leaving 40 more people injured.

Firefighters were seen hosing down the charred wreckage of the train inside the station, whose walls were left blackened by the fire, as security forces guarded the site.

CCTV footage circulating online showed the train's locomotive hurtling into the barrier without slowing down. People walking on the platform were enveloped by smoke.

Other photos from the scene showed a thick cloud of black smoke billowing in the station.

Charred objects were scattered on the ground at the scene.

Separate footage filmed inside the station showed a fire engulfing the train and a nearby platform and people rushing to help the casualties. 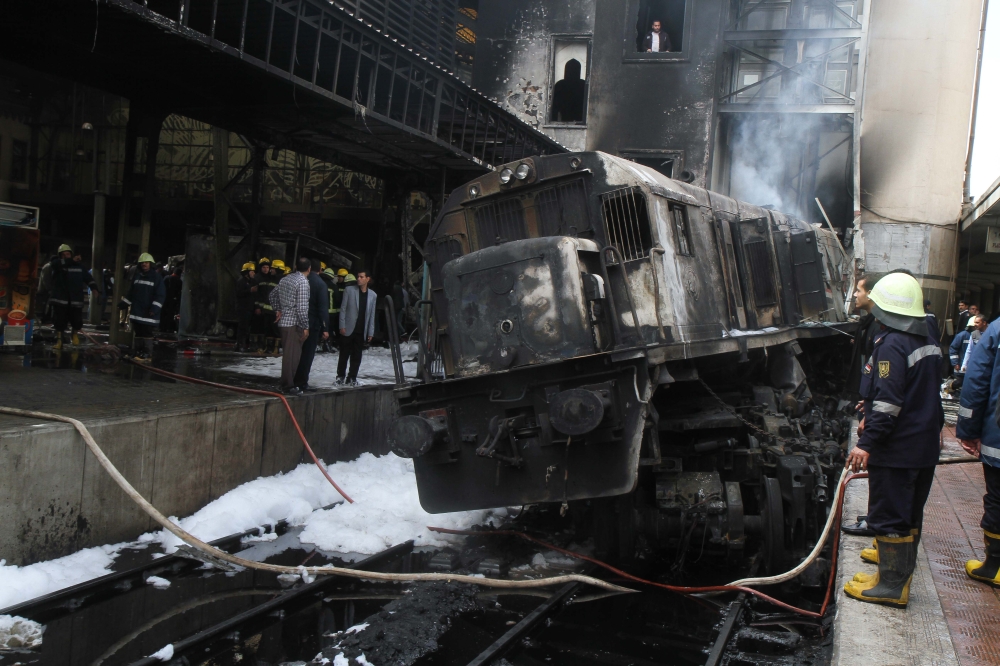 Ambulances and rescue teams were dispatched to the site, medical sources said.

"Any person found to be negligent will be held accountable and it will be severe," he said.

"Transport Minister Hisham Arafat submitted his resignation ... and the prime minister accepted," the cabinet said in a statement.