Tropical storm Florence caused "catastrophic" flooding in the Carolinas Saturday even as it began to weaken, after resulting in multiple deaths, including a woman and her baby killed when a tree fell on their house.

Four deaths were confirmed by officials as American media reported another, and the storm has wreaked havoc in the Carolinas, lashing the US states with torrential rain and causing rivers to burst their banks.

"Florence slowly weakening just inland over eastern South Carolina but causing catastrophic flooding over North and South Carolina," the National Hurricane Center (NHC) said early Saturday morning, after downgrading it from a hurricane to a tropical storm the previous day.

North Carolina Governor Roy Cooper had said that "several more days of rain" were expected, describing the amount of rainfall from the hurricane as a "1,000-year event."

"Into next week our rivers are going to continue to rise and there will be more significant flooding," Cooper said.

There had been three confirmed deaths from the storm and several others were being investigated to determine if they were storm-related, he said.

The mother and her baby were killed in New Hanover County when a tree fell on their house, the governor said, while confirming another death in Lenoir County.

Local authorities reported a death in Pender County when downed trees prevented emergency units from reaching a woman with a medical condition.

Local media said she had suffered a heart attack.

US media later said a second man in Lenoir County died after heavy winds knocked him down as he tried to check on his dogs.

"This storm is going to continue its violent grind across our state for days," Cooper said.

More than 760,000 customers in North Carolina were without power and 21,000 people were being housed in 157 shelters across the state.

The White House said President Donald Trump was to visit hurricane-hit areas next week "once it is determined his travel will not disrupt any rescue or recovery efforts."

"Great job FEMA, First Responders and Law Enforcement - not easy, very dangerous, tremendous talent. America is proud of you," Trump tweeted on Friday, referring to the Federal Emergency Management Agency, which responds to disasters in the United States.

Taking cover as Hurricane Florence unleashed fury on the US port city of Wilmington, Adam Sparks heard "a loud pop."

He went to the door to see what had happened, but "it was still pitch black at that time," he said. Power had gone out just before the powerful storm's eye touched down in his state of North Carolina early Friday morning.

It was only an hour later, when fire trucks had taken over the street, that he realized the worst had happened: a mother and her infant had died after a tree struck the back of their house. 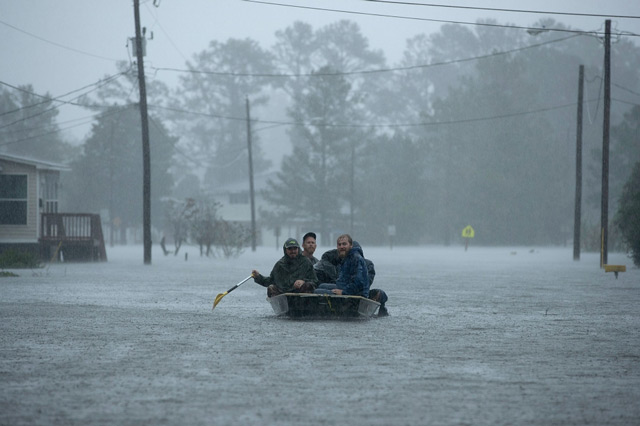 "Most of the neighborhood had evacuated," Sparks said. "Only myself, themselves and a few others decided to stay."

Their small home with red brick walls appeared intact from the street - but the back offered a more grim view.

A section of wall had completely collapsed, with a few belongings in view bearing witness to the violence of the crash.

Later in the day Wilmington Police confirmed the mother and child were the first fatalities resulting from Florence's onslaught, adding that the father was taken to the hospital with injuries.

"The tree line they have behind their home is very tall, very old trees," their neighbor said. "It's always a gamble with trees like that."

"Who could be prepared for this? It's the worst-case scenario."

Hurricane Florence made landfall near Wrightsville Beach, North Carolina at 7:15 am (1115 GMT) on Friday, the National Hurricane Center said.

US forecasters late Thursday downgraded Hurricane Florence to a Category 1 storm, as its outer edge lashed the Carolinas with strong winds and heavy rain. 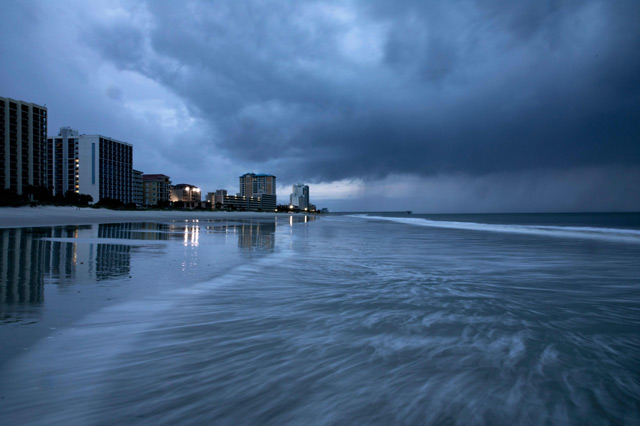 In its 0300 GMT advisory, the National Hurricane Center said the maximum sustained winds of Florence were 90 miles per hour (150 kilometers per hour), dropping it to the weakest of five categories on the Saffir-Simpson scale. 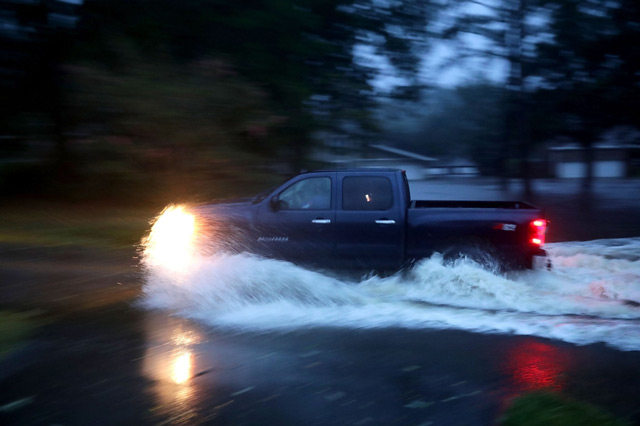 On Wednesday, Florence was downgraded twice from its peak as a Category 4 storm which causes "catastrophic damage."

But Brock Long, the administrator of the Federal Emergency Management Agency, has warned residents to take the storm seriously no matter what the category. 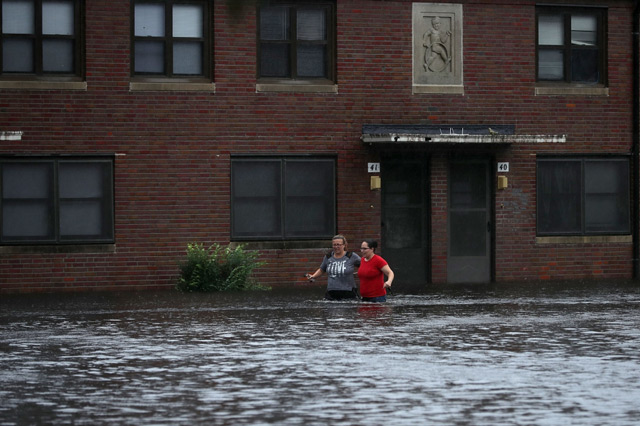 Hurricane Florence closes in on US east coast

Hurricane Florence was on course Wednesday to deliver a powerful blow to the east coast of the United States, with forecasters warning of life-threatening rainfall and flooding even as it weakened to a Category 2 storm.

As Florence closed in, President Donald Trump and state and local officials urged residents in the path of the storm to evacuate before it was too late.

Appeals to stay safe came from as far away as space as German astronaut Alexander Gerst tweeted pictures of the monster storm taken from the International Space Station along with the warning: "Watch out, America!"

The National Hurricane Center (NHC) said that Florence's maximum sustained winds had eased to 110 miles per hour (175 kph) and it had been downgraded to a Category 2 storm from Category 3 on the five-level Saffir-Simpson wind scale. 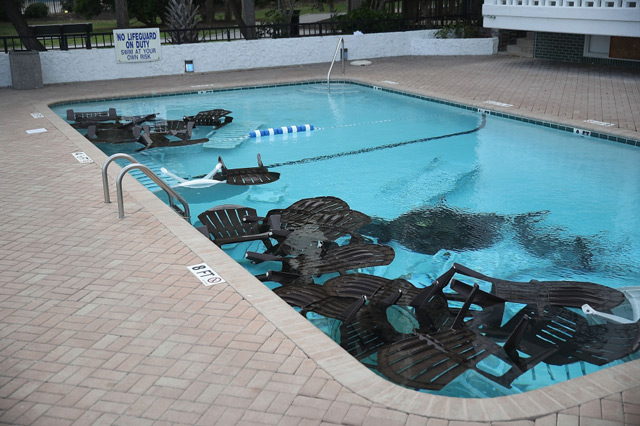 It was the second such drop in the space of hours, but the Miami-based NHC stressed it remained "a life-threatening situation" due to the risks of storm surge around coastal areas.

Up to 1.7 million people are under voluntary or mandatory evacuation orders, and coastal residents were frantically boarding up homes and businesses and hitting the road on Wednesday as the storm approached. 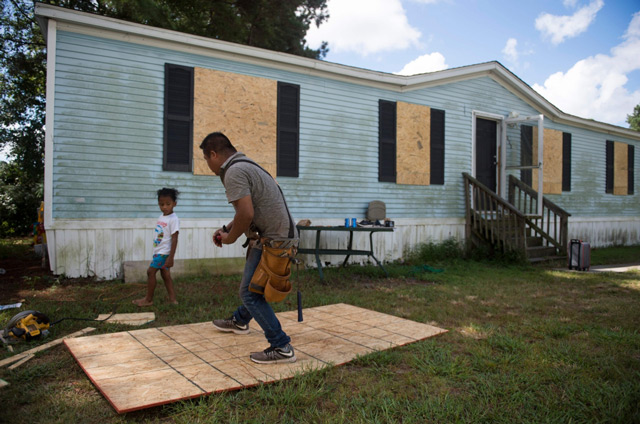 "Protection of life is the absolute highest priority," he added.