A daredevil French inventor on Thursday failed in his attempt to fly across the Channel from France to Britain standing on a jet-powered "flyboard", having to be rescued after falling into the sea, his team said.

Franky Zapata, 40, a former jet-skiing champion, took off successfully from Sangatte in northern France but then fell into the Channel during a tricky mid-sea refuelling stop, a member of his team told AFP. 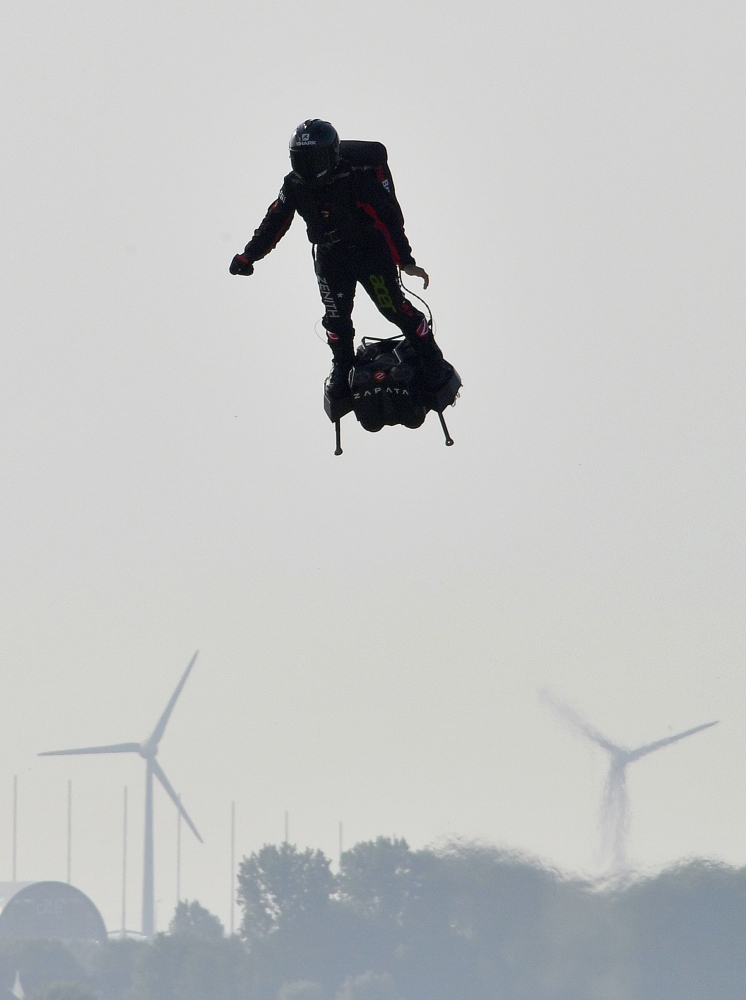 Zapata had planned to land in Britain around Dover after a flight of just 20 minutes.

The refuelling was always set to be one of the trickiest parts of the operation and Zapata appeared have made contact with the refuelling platform due to the waves, forcing him into the sea.

The flyboard is fuelled by kerosene stored in the rider's backpack.

Zapata carried 47 kilos (104 pounds) of it on Thursday. But as that would only take him part of the way across the Channel, he needed to pick up a new backpack in mid-Channel for the second half of the trip.

Frenchman takes off on flyboard in bid to cross Channel

A daredevil French inventor Thursday began an attempt to fly across the Channel on a jet-powered "flyboard", an ambitious crossing he sees as following in the footsteps of aviation pioneers.

Franky Zapata, 40, a former jet-skiing champion who designed and built his stand-up flying platform, took off from Sangatte on the northern French coast just outside Calais. He plans to land in Britain around Dover after a 20-minute flight.