Fog drifts back in across UAE: Morning traffic hit with visibility down to almost zero

UAE residents woke up to yet another foggy morning - some say the foggiest so far.

Fog in some places was so thick that visibility was reduced to almost zero. 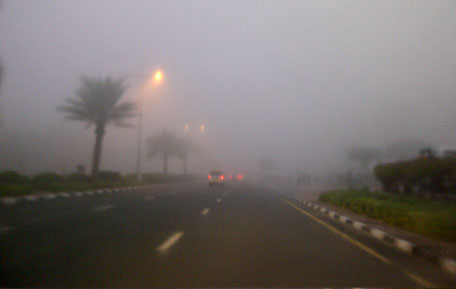 "I took a wrong turn as I could not see the signage. Off the highway, it was far worse, as I could not see anything but the immediate side road in front of the car even though I had my full headl;inghts on," said Kumar, a commuter from Al Ain.

In the city of Dubai, it was a bit better as at the road level, visibility improved with the slipstream of the traffic, but on bridges, the god took over again, forcing motorists to crawl.

"We have fog year after year, but people still don't learn," said R Singh. "I saw a few drivers rushing headlong into the fog as if it wasn't there. 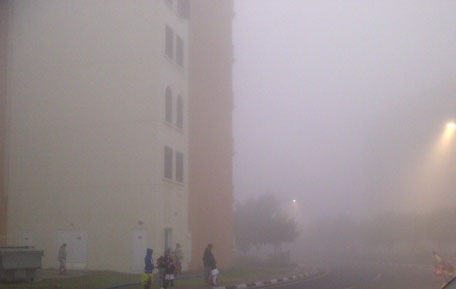 "Also,a few cars, especially white and silver ones were very hard to see if they did not have their fog lights on. I almost rammed into a silver car without lights. I was lucky that its driver braked and I could see the brake lights. It was so bad"

The fog started roillin in from inland late at night and many areas in Dubai were already engulfed in thick fog at 5:30am. By 8:30am, teh fog was still rolling into some areas, says a motorist who was driving from Jebel Ali towards Dubai in the early hours. 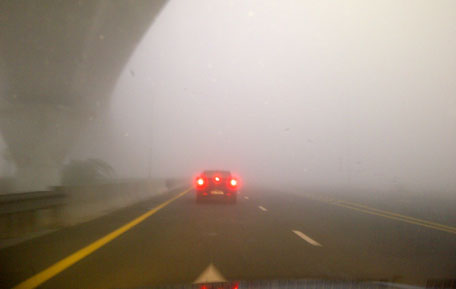 Motorists are cautioned as reports are coming in that dense fog has settled over the Dubai-Abu Dhabi highway and those commuting to Abu Dhabi in the morning were forced to slow down due to the weather.

The foggy patches in the Emirates makes driving a tough experience as the dense fog can catch the drivers by surprise after a clear stretch.

The weatherman forecasts 'mist patches', and relative humidity is likely to increase during night and early morning over some northern areas.

Overall, fair to partly cloudy weather forecast, and hazy at times over some areas, with a slight rise in day temperature, says NCMS.

Light to moderate winds in general. It may lead to blowing of dust over some internal areas.

Sea is slight to moderate.