Genoa looks to future one month after bridge disaster

A month after Genoa's Morandi Bridge collapse killed 43 people, the port city is tending to its wounds and those left homeless by the disaster are turning a brave face to the future.

"I was asleep at home that day because I work at night. At 11:36 am I heard a huge noise," said Giovanni Genco, who had to flee his home with his 16-year-old daughter.

"I would never have imagined that it was the bridge. It was raining, there was a storm, I thought it was thunder or maybe an earthquake."

Genco, along with his wife, daughter and parents-in-law, was among the hundreds who were evacuated from the at-risk "red zone" under the fragile remains of the bridge. 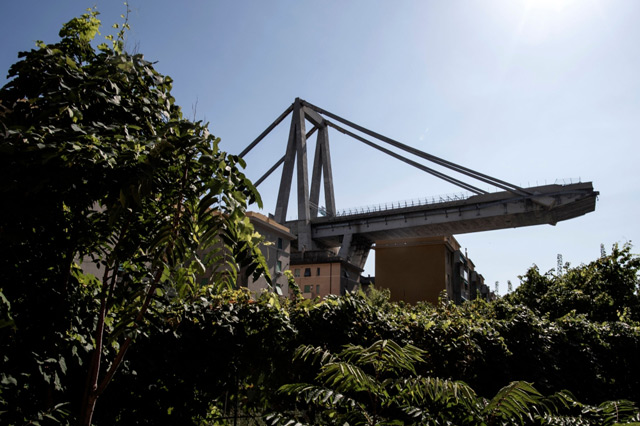 He was allowed to return once to their home to collect some effects and it will soon be demolished.

"If I go back, I'll cry, for sure," says Genco, tears welling in his eyes. He says Autostrade di Italia, which managed the bridge, "destroyed 20 years of our life" because their home was everything to them.

The 50-year-old steel worker hopes to rent an apartment before the end of the month because "it's hard living in a hotel" in the neighbourhood. 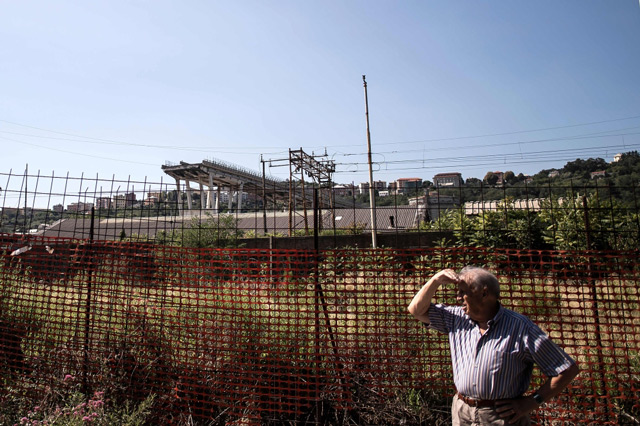 "I grew up here, I have my friends here, my football club, everything. I've been in Genoa for 30 years and I've lived here for 30 years, this is my life."

He meets with other evacuees under tents on a nearby street, there are a few chairs, tables, a fridge. They eat together and talk, maintain their relationships.