Upon their arrival, Sheikh Mohammed bin Rashid and Sheikh Mohamed bin Zayed were greeted with folklore songs glorifying the country and its leadership. 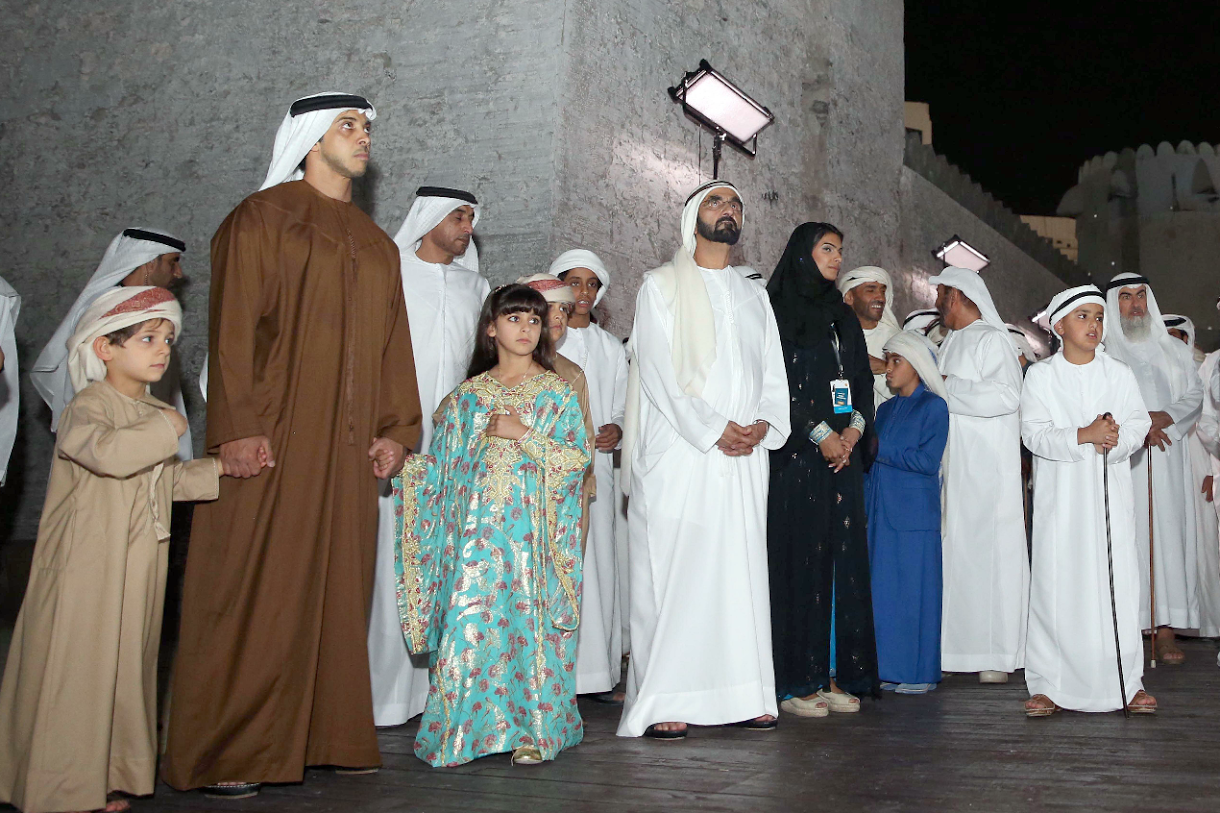 Sheikh Mohamed bin Zayed toured the different sections and viewed photos of people and places in old Abu Dhabi. He also visited 'Qasr Al Hosn Exhibition' which narrates the story of Abu Dhabi and its connection with the Qasr al Hosn as the first landmark building in the island.

Mohammed Khalifa Al Mubarak, Chairman of Abu Dhabi Tourism and Culture Authority, said that Qasr Al Hosn symbolises the past and present glories of the UAE. He added that the festival's visitors will learn more about Emirati identity and the efforts being made for the restoration of Qasr al Hosn.