His Highness Sheikh Mohamed bin Zayed reviewed the accomplishments of the Presidential Camel Racing Team which participated in major festivals during this year. 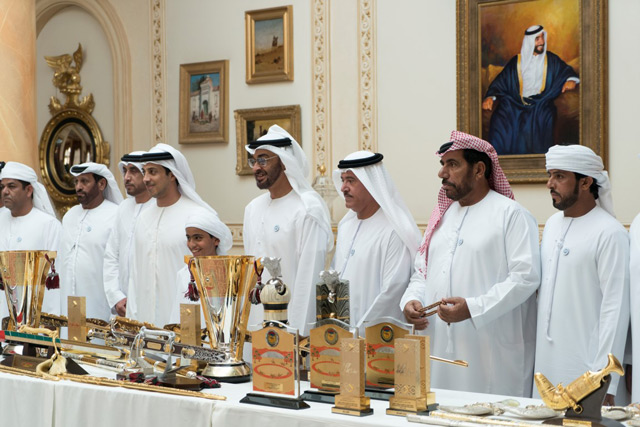 The team also ended the season with a historic achievement, by completing five laps for Al Hawl in five festivals.

His Highness Sheikh Mohamed praised the team’s performance and efforts, which also improved the performance of their camels while highlighting the importance of continuing their success and winning awards.

He added that the wise leadership’s support for camel racing is due to its connection to traditional Arab heritage and legacy that is rooted in the nation’s identity, as well as the efforts of President His Highness Sheikh Khalifa bin Zayed Al Nahyan to preserve the UAE’s heritage for future generations.