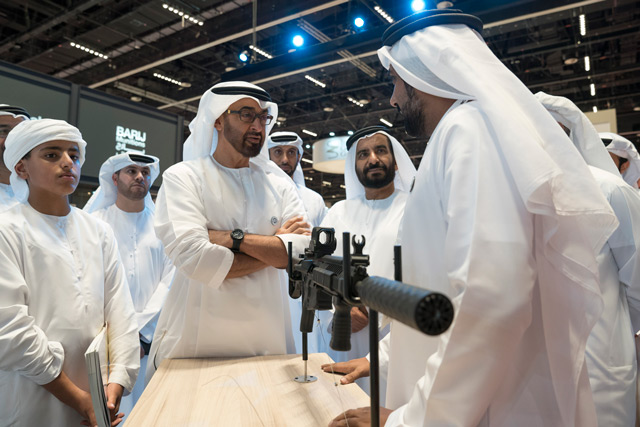 H.H. Sheikh Mohamed toured the various pavilions and sections of this year's showcase which coincides with the centennial anniversary of the birth of the late Sheikh Zayed bin Sultan Al Nahyan.

He underlined the cultural importance of the exhibition, which, he said, represents a substantial aspect of the quintessential Arabian and Emirati cultural heritage.

"The event provides significant insight into the deeply-rooted legacy left by our ancestors," he said, highlighting the paramount importance attached by the nation's Founding Father to reviving elements of traditional culture, primarily falconry and equestrian activities.

He underlined the importance of preserving Emirati heritage and doubling efforts to maximise young generations' awareness of their traditions and legacy, lauding the role played by various institutions participating in ADIHEX to enrich the local scene with informative and knowledge-sharing activities.

The exhibition is witnessing a considerable turnout of visitors, who enjoyed its various activities, that combine traditional heritage and the latest technologies related to weapons, hunting, camping and falconry.