Sheikh Mohamed welcomed the Saudi Deputy Crown Prince and discussed with him the special fraternal relations between the UAE and Saudi Arabia and ways to enhance them.

They exchanged views on the current regional and international developments, as well as issues of mutual interest. 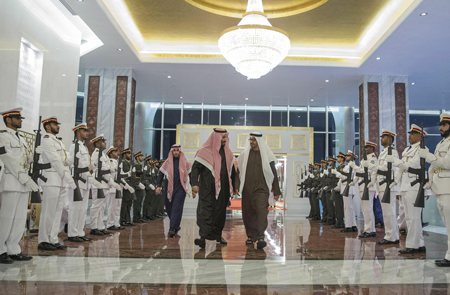