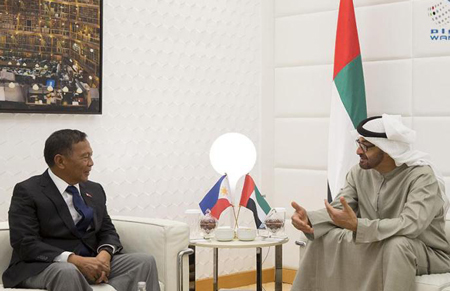 Sheikh Mohamed welcomed Philippines' Vice-President and his accompanying delegation, wishing them a successful visit to enhance friendship and bonds of co-operation between the two countries.

The two sides reviewed the existing relations between their countries, especially in the economic, and investment fields as well as ways to enhance them in the best interest of the two friendly countries and peoples.

The two sides confirmed the importance of boosting bilateral relations and expanding work and joint co-operation into wider horizons to the advantage of further development and progress between the two countries' ties in various domains.

They also exchanged views on the latest regional and international developments as well as issues of mutual interests. 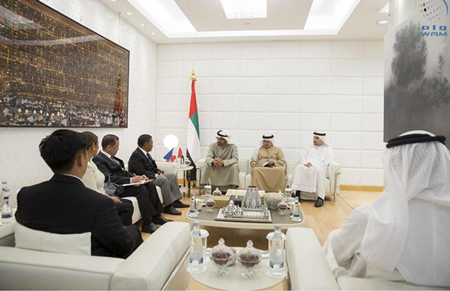 Sheikh Mohamed, who is also the Chairman of the Executive Council of the emirate of Abu Dhabi, has issued a decision on the bylaws for licencing the training centres in Abu Dhabi.

According to the resolution, no natural or legal person may exercise any training activity prior to obtaining the necessary licence from the Abu Dhabi Centre for Technical and Vocational Education and Training, in accordance with the principles and rules in this respect.

The resolution includes conditions that should be met by licence owners and administrative systems of the training centres so as to achieve high levels of performance, which meet the expectations of clients.