Sheikh Sultan toured the lobbies of the museum, which contains several floors housing a number of screens, paintings and pictures for the early beginnings of cinema in Italy. He also watched shows for several films, which document the beginning of the Italian cinema and the techniques used then. 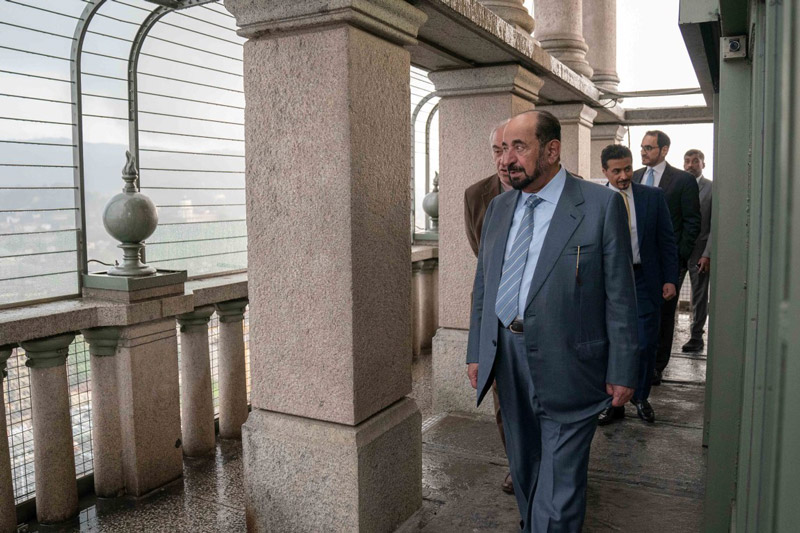 He was briefed on the sections of the museum, which chronicles the history of cinema in Italy and the technical photographical and film editing equipment. He also familiarised himself with the efforts that contributed to the development of the cinematic movement in Italy, the early works of cinema and the works produced by the artistic movement in Italy.

His Highness stressed the role of cinema in enhancing the artistic taste of the members of the society and its ability to document the cultures and civilisations of peoples and countries, preserve history and expand the perceptions and knowledge of the recipients.

At the Museum, His Highness stopped at the panoramic elevator in the museum, which allows visitors to view the city of Turin from a panoramic view.