Vice President and Prime Minister of the UAE and Ruler of Dubai His Highness Sheikh Mohammed bin Rashid Al Maktoum said that coding is a key skill in the knowledge-based economy, and it is critical to foster the skills of the youth in this area to create new value in our economy and other spheres of life.

"Coding is the language of the future, and one of its key tools. It creates opportunities for future generations," Sheikh Mohammed said. "New technologies are the fastest way to create new opportunities for our youth," His Highness added.

Sheikh Mohammed’s remarks came as he attended the graduation ceremony of the ‘One Million Arab Coders’ initiative along with Crown Prince of Dubai and Chairman of the Board of Trustees of the Dubai Future Foundation (DFF) H.H. Sheikh Hamdan bin Mohammed bin Rashid Al Maktoum. 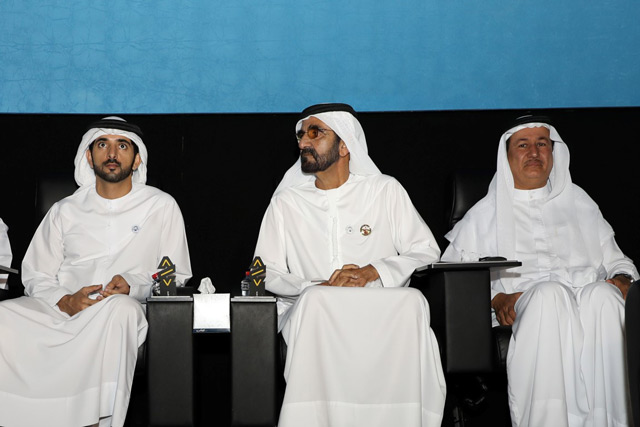 The ‘One Million Arab Coders’ is an initiative under the umbrella of the Mohammed Bin Rashid Al Maktoum Global Initiatives that seeks to train one million young Arabs in computer programming, in order to empower and equip them with the technological tools and expertise to face the challenges of the future.

More than 375,000 individuals registered for the first edition of the initiative, which seeks to train 1 million Arab coders over the next three years. Over 22,000 people from 150 countries around the world completed the programme this year. About 3,600 tutors from large companies around the world are involved in the initiative which features 1.5 million training hours.

During the ceremony, a new virtual learning platform named TeachMeNow was launched, and 250 participants were awarded NANODegree scholarships for their exceptional achievements in the programme. DFF also unveiled a new partnership with Microsoft and Consensys Academy to train participants. The ceremony also saw a number of agreements being signed with companies such as Careem, IBM, and Souq.com to provide job opportunities to the graduates of the programme.

The One Million Arab Coders initiative, which is supported by the Hussain Sajwani – DAMAC Foundation, features three stages. In the first stage, participants from across the word register to join one of two categories – Arab students or tutors. Stage two requires applicants to complete several three-month virtual coding programmes. The initiative is supported by Udacity, Bayt.com, Facebook, Oracle and Barmaj.com. For more information, please visit www.arabcoders.ae