Vice President and Prime Minister of the UAE and Ruler of Dubai His Highness Sheikh Mohammed bin Rashid Al Maktoum chaired on Wednesday at his office in Emirates Towers the annual brainstorming session with his team. The meeting discussed new ideas and future plans.

During the meeting, His Highness said the UAE became a model for the entire region and sustaining the country’s position as an icon for development and prosperity requires hard work and innovative ideas. Sheikh Mohammed said: “Nothing can stop our ambitions”.

“Ideas are like trees: they need a lot of care so we can reap their fruits”, His Highness said. Praising his team’s efforts, he added that: “I am proud of every one of you and every one who serve this country”. 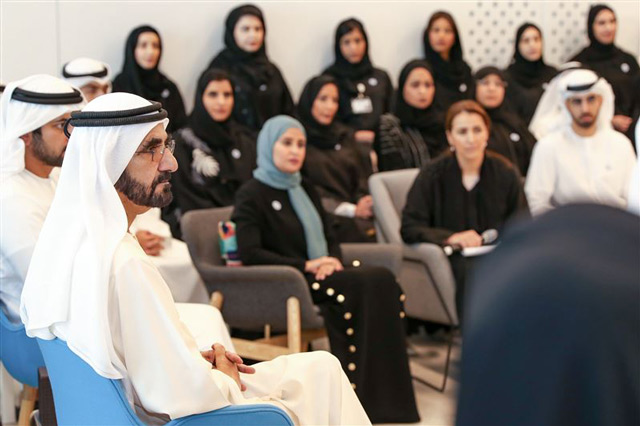 His Highness Sheikh Mohammed bin Rashid discussed with his team a number of proposals and ideas in addition to local, regional and international initiatives by the Ministry of Cabinet Affairs and the Future.