His Highness Sheikh Mohammed bin Rashid Al Maktoum, the Vice President, Prime Minister and Ruler of Dubai, honoured on Wednesday local schools and universities who won the Think Science Competition 2018, at a ceremony held at the Dubai World Trade Centre.

Sheikh Mohammed honored the winners of the competition that His Highness described as an important competition that sharpen the talents and energies of young people and encourage them to innovate in various scientific and technological fields. 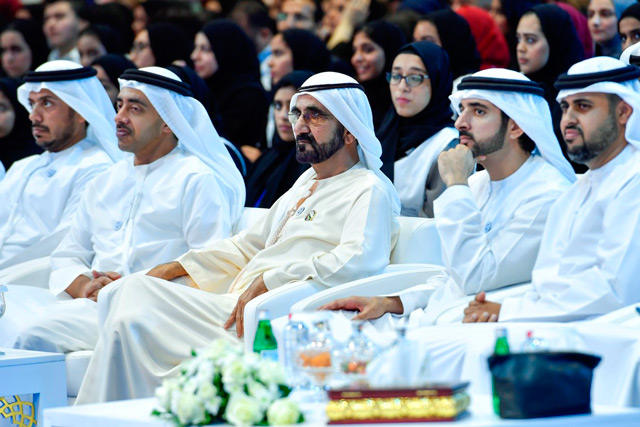