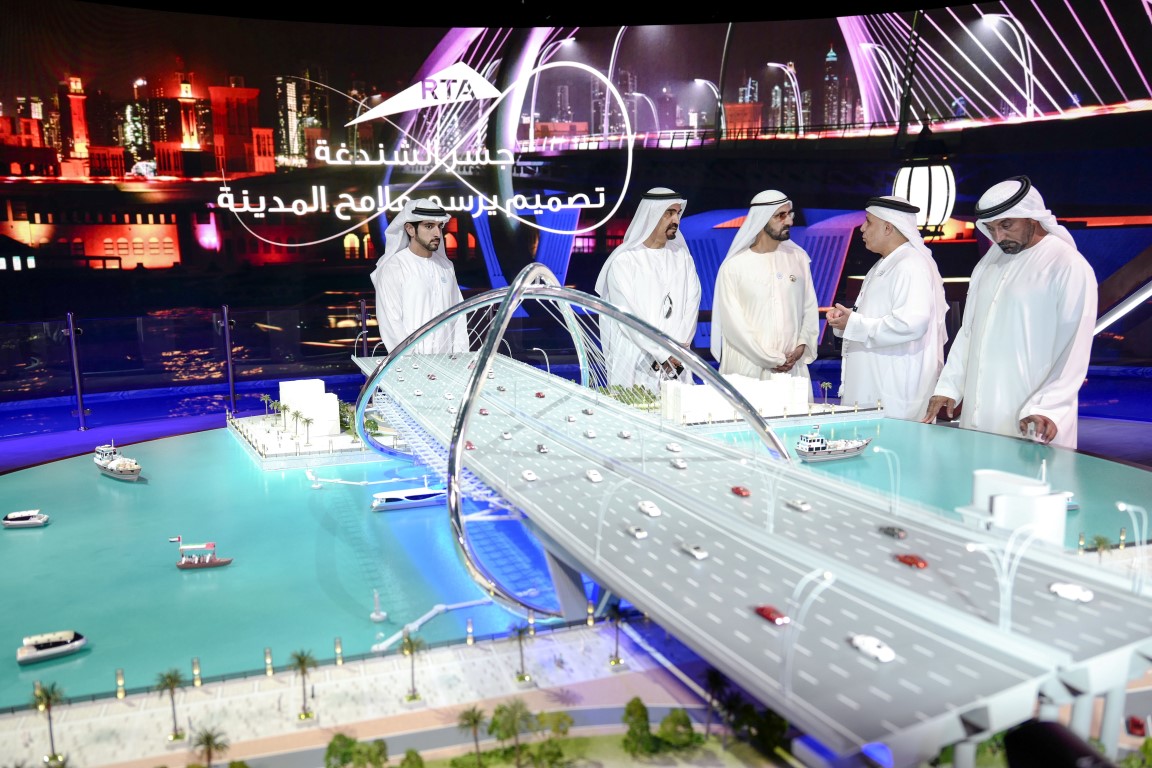 On arrival at the launch venue, His Highness was received by Mattar Al Tayer, Director General and Chairman of the Board of Executive Directors of the RTA, along with several senior officials of the RTA.

Briefing His Highness Sheikh Mohammed, Mattar Al Tayer said that the new bridge is being developed under the third phase of the Shindagha Corridor Project, following the completion of the first two phases. The bridge extends about 295 m, 150 m of which is over the Dubai Creek, and consists of six lanes in each direction in addition to a pedestrian crossing. The Bridge rises 15.5 m above the water level, which allows the passage of various types of boats plying the Creek. The bridge’s iconic design features an architectural arch shaped in the form of the mathematical symbol for infinity. The top of the infinity arch rises 42 m. About 2,400 tons of steel will be used in the construction of the bridge.

Sheikh Mohammed drew the infinity sign of the bridge on an electronic screen, following which a mammoth design of the Bridge was unveiled, heralding the start of construction works for the Al Shindagha Bridge.

His Highness viewed a mural displaying the construction timeline of the Al Shindagha Roads Network. The mural, which takes a trip down memory lane, takes viewers back to 1972, when the late Sheikh Rashid bin Saeed Al Maktoum signed an agreement in the UK for the construction the Al Shindagha Tunnel. In 1986, the Tunnel underwent its first maintenance, as part of which a coating was applied to the surface of the old concrete-steel, the cracks around water barriers were treated, and a special type of plaster was used to protect the concrete tunnel works.

The first two phases of the Shindagha Corridor Project have been completed. In 2016, the RTA launched the initial phase of the Shindagha Network, which was marked by the opening of the Improvement of the Sheikh Rashid Street-Oud Metha Street Junction (Wafi Junction). In 2017, the Tunnel underwent maintenance works including drilling tests for the outer wall of the Tunnel. 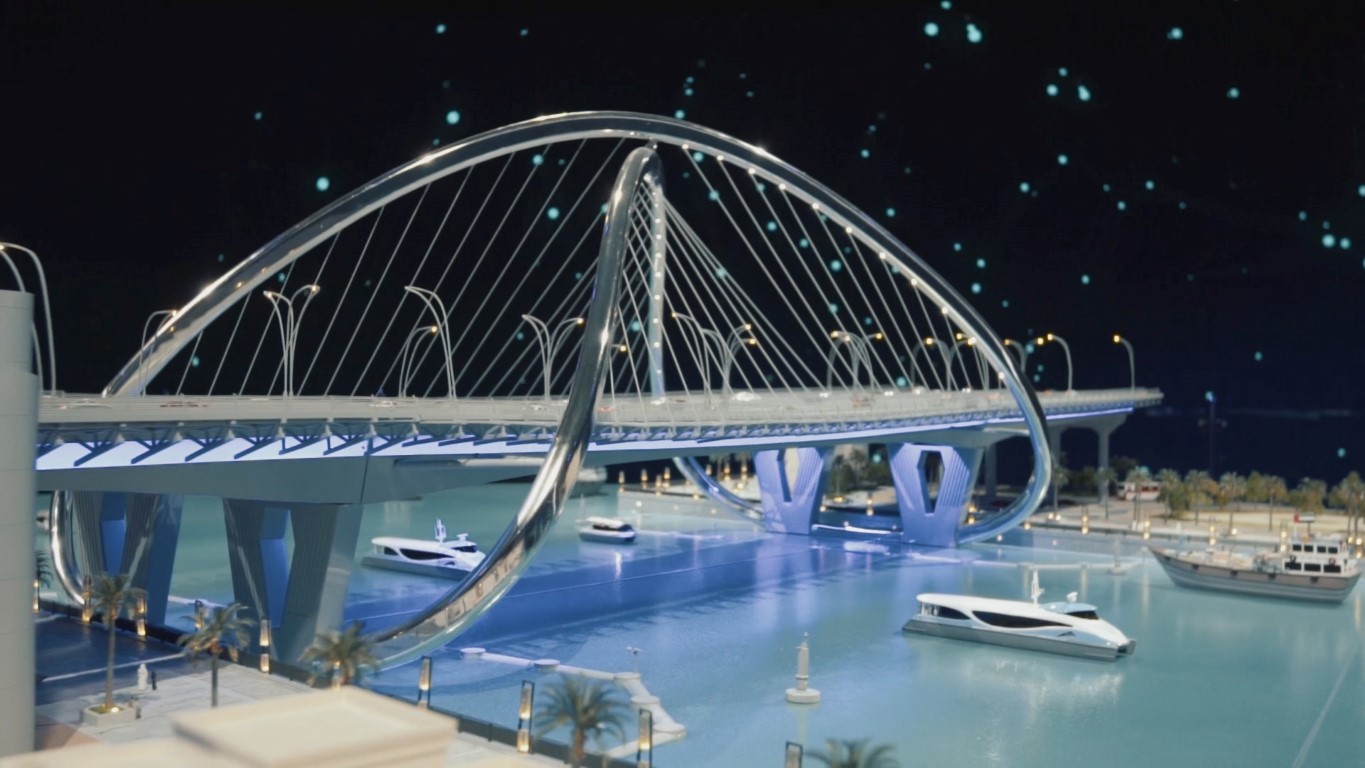 In May this year, the RTA opened Phase II of the Project involving the opening of Sheikh Rashid Street-Sheikh Khalifa bin Zayed Street Junction; which included the construction of two bridges on the Sheikh Khalifa bin Zayed Street comprising two lanes in each direction. It also included the construction of a one-lane bridge from Zabeel Street in the direction of Sheikh Rashid Street, and a tunnel on Sheikh Rashid Street in the direction of Al Mankhoul Junction comprising four lanes in each direction. Construction works also included a signalised junction underneath the bridge that facilitates a free turn from main roads to subsidiary roads.

During his visit, His Highness and his entourage also watched a movie on the Al Shindagha Bridge Project which meets the needs of mega development projects in the surrounding areas such as Deira Plam Island, Dubai Waterfront, Rashid Port, and the Dubai Maritime City.