The Vice President, Prime Minister and Ruler of Dubai, His Highness Sheikh Mohammed bin Rashid Al Maktoum, praised the achievements of the "Dubai Aviation City Project" in Southern Dubai, which covers a plot of land with an area of 145-square kilometres next to the site of the Expo 2020 Dubai.

During his tour of the project, His Highness Sheikh Mohammed bin Rashid praised a joint working team from the Dubai Airports Company and Dubai World Central that is supervising the project, which will provide a base for the regional and international civil aviation industry and place the UAE in the international list of countries with vital technology industries.

His Highness Sheikh Mohammed congratulated the team, which is led by H.H. Sheikh Ahmed bin Saeed Al Maktoum, Chairman of the Dubai Civil Aviation Authority, Chairman and Chief Executive of Emirates Airline and Group and Chairman of the Dubai Airports Company, for its efforts, performance, monitoring, implementation and creativity. 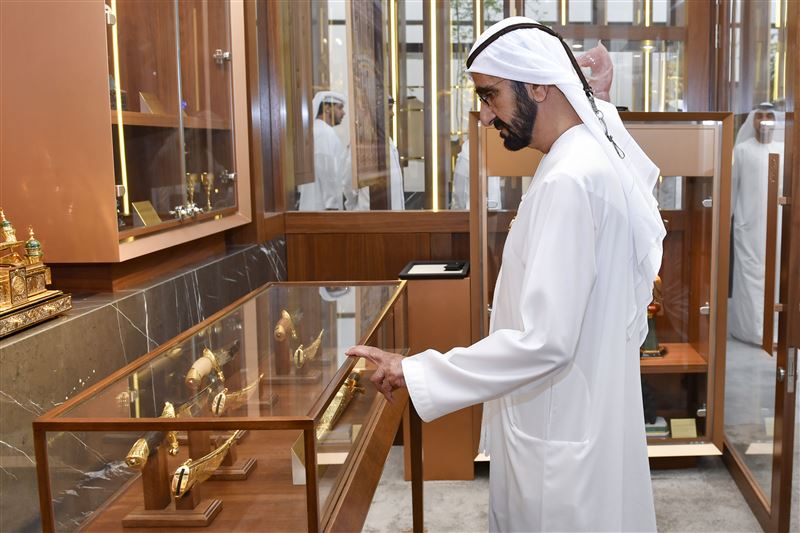 He then highlighted the role of the aviation industry, which is a major driver of development and economic prosperity, in strengthening the national economy.

H.H. Sheikh Mohammed toured the city’s private aviation building, inspected the passenger terminal for those travelling through the Al Maktoum International Airport, and visited a duty-free market that sells the products of leading international brands.

He expressed his admiration for the modern building, which is the first of its kind in the world and is equipped to provide comfort and entertainment to passengers of private aeroplanes.

Sheikh Mohammed also removed the curtains from two five-star classification plaques that were awarded to two centres run by the Jetex Company for Private Aviation Services in Dubai and in the Paris–Le Bourget Airport, following their evaluation according to the global star rating system that was launched by the UAE Government.

The Jetex Centre in Paris is the first to receive the five-star rating outside the UAE, which could lead to the system’s adoption by more leading private sector companies both inside and outside the country.

Sheikh Mohammed was accompanied during the tour by several Sheikhs, officials and engineers from Dubai World Central. 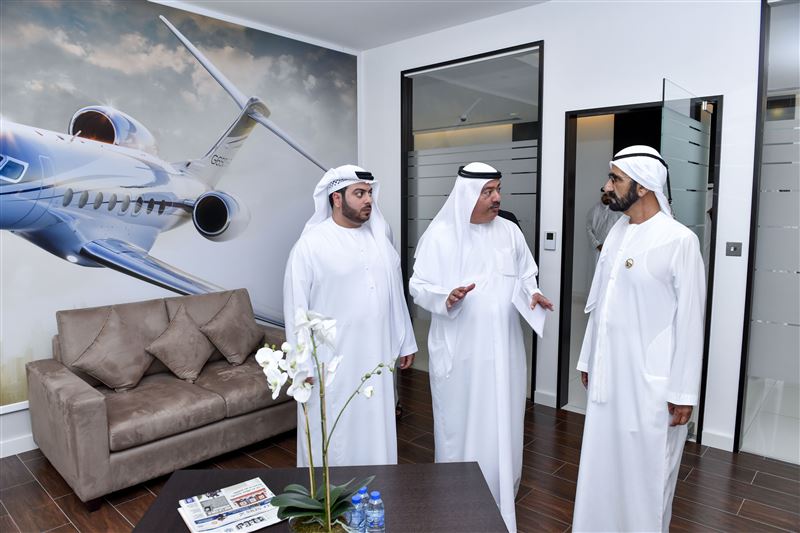