His Highness Sheikh Mohammed bin Rashid Al Maktoum, Vice President, Prime Minister and Ruler of Dubai, this evening received Fayez Al Siraj, the Chairman of the Presidential Council of the Government of National Accord in Libya and his accompanying delegation.

The two sides addressed ways of sustaining the brotherly relations between the UAE and Libya to the higher good of the two countries and their peoples. 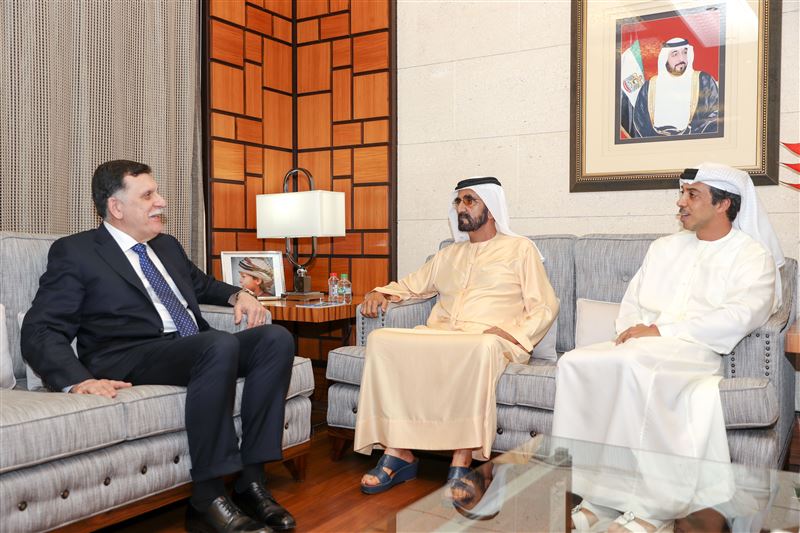 H.H. Sheikh Mohammed underlined the keenness of the UAE's president, government and people to ensure political stability and security for the Libyan people.