His Highness Sheikh Mohammed bin Rashid Al Maktoum, Vice President, Prime Minister and Ruler of Dubai, received today at a number of military and policing commanders in the country and fraternal countries who are invited to attend the graduation ceremony of the 43rd batch of cadets officers of the Zayed II Military College in Al Ain.

Among those who also attended the event were diplomats and military attaches of the fraternal and friendly embassies accredited to the UAE. 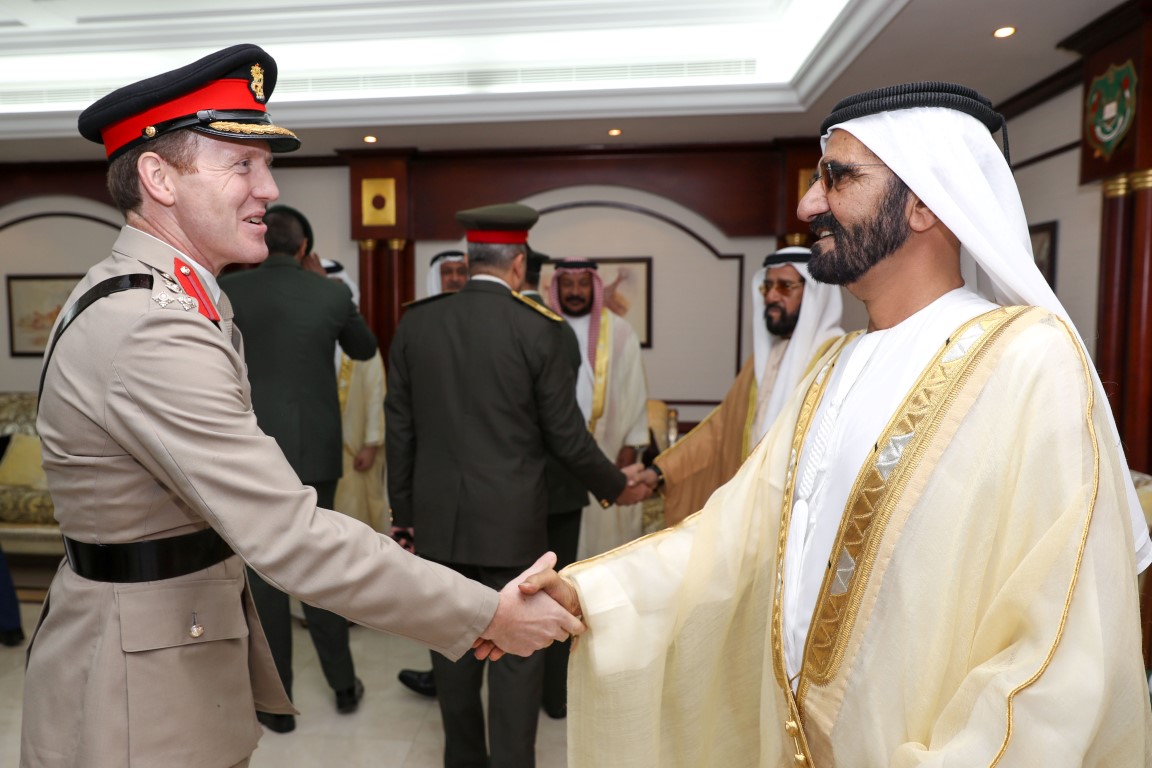 The graduates, including officers from different Arab countries, congratulated Sheikh Mohammed on the occasion. They also hailed the College's educational and military level, which is now ranked as one of the most prestigious military academies globally.