His Highness Sheikh Mohammed bin Rashid and President of South Sudan discussed ways to develop cooperation between the UAE and South Sudan in the best interest of the two friendly peoples.

The meeting witnessed discussions on peace process signed between the government and the opposition in south Sudan which was praised by Pope Francis, Head of the Catholic Church, in order save the blood of the people of Southern Sudan and enhance peace and stability foundations in the country, which suffered long from the civil war. 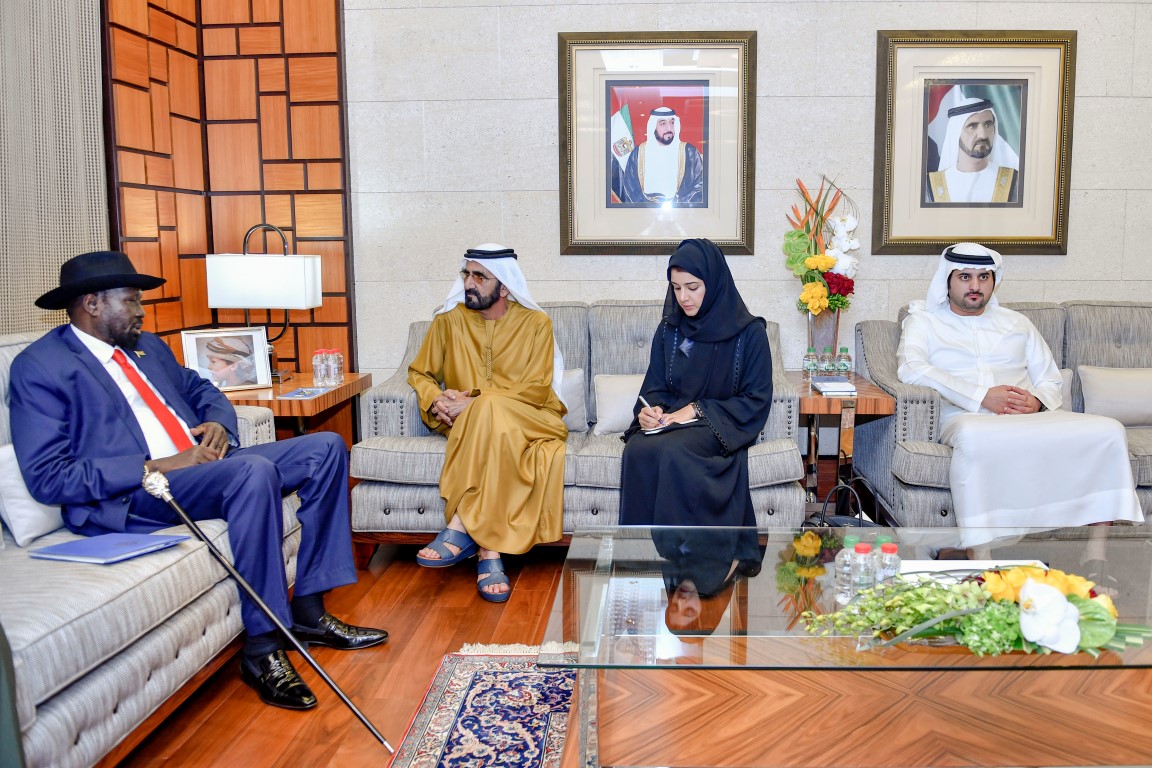 President of South Sudan highlighted the role played by the UAE to support his country. Kiir wished that the UAE's leadership, government and people would support the people of South Sudan to ensure the success and activation of the peace agreement in his country on the 10th of May.

Sheikh Mohamed stressed UAE's support for the agreement and rallying all efforts to reach out peace and process in this friendly people.

Reem bint Ibrahim Al Hashemy, Minister of State for International Cooperation; Khalifa Saeed Suleiman, Director-General of the Department of Protocol and Hospitality in Dubai; Nhial Deng Nhial, Minister of Foreign Affairs and International Cooperation of South Sudan; Deng Deng Nhial, Ambassador of the Republic of South Sudan in the UAE, and his accompanying delegation, were present.