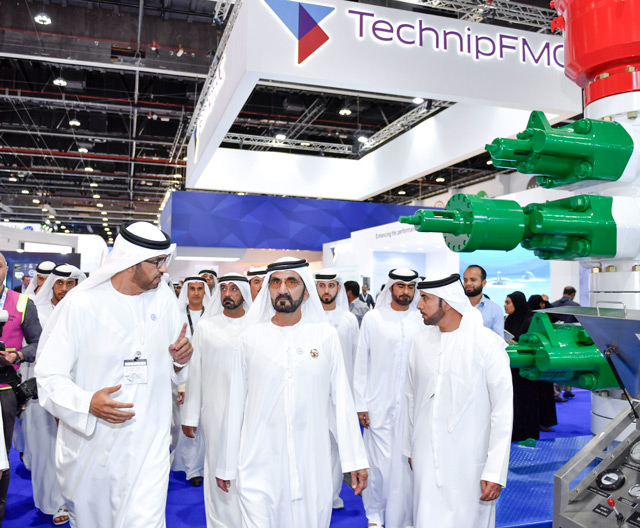 Dr. Sultan Ahmed Al Jaber, Minister of State and Group CEO of the Abu Dhabi National Oil Company, ADNOC, briefed His Highness about the exhibition and the companies and countries participating in this year’s edition of the event. His Highness was given a whistle stop of the pavilion of Saudi Aramco, ADNCO and Total.