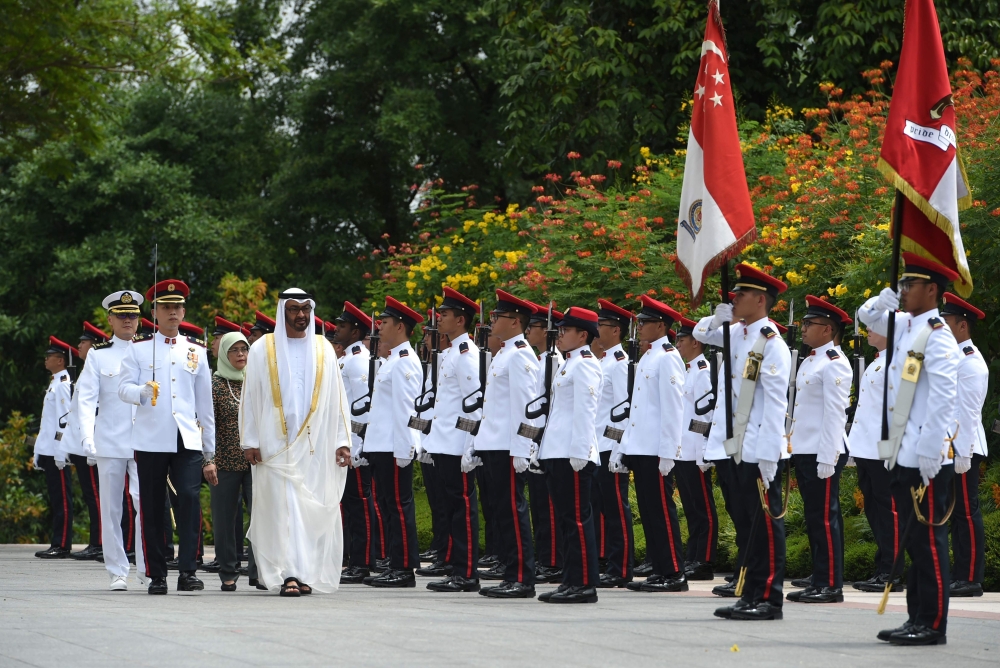 Sheikh Mohamed bin Zayed shook hands with the Singaporean ministers and senior officials who welcomed him to their country.

While from the Singaporean side were Dr. Vivian Balakrishnan, Minister for Foreign Affairs; S Iswaran, Minister for Communications and Information and Minister-in-charge of Trade Relations at the Ministry of Trade; Dr. Mohammed Malki bin Othman, Senior Minister of State for Defence and Foreign Affairs; Benny Lee, Principal Private Secretary of the President, as well as senior officials.