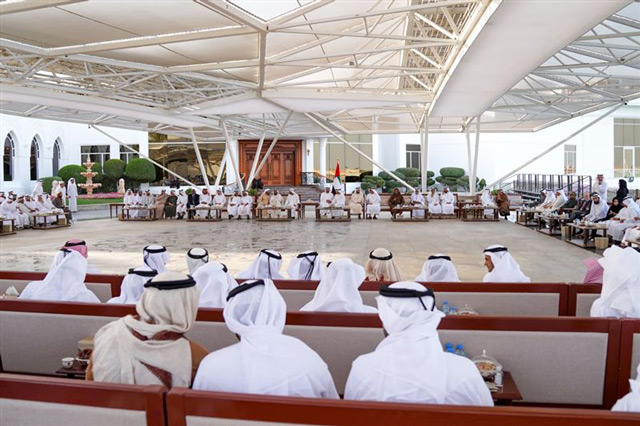 They also confirmed the desire of the wise leadership to achieve prosperity, well-being and a decent life for the Emiratis. They also wished further security, stability and welfare to continue the journey of development.