Hundreds of schools to shut as toxic smog chokes Bangkok

Toxic smog forced hundreds of Bangkok schools to close Wednesday, as authorities struggle to manage a pollution crisis that has stirred widespread health fears and taken on a political edge just weeks before elections. 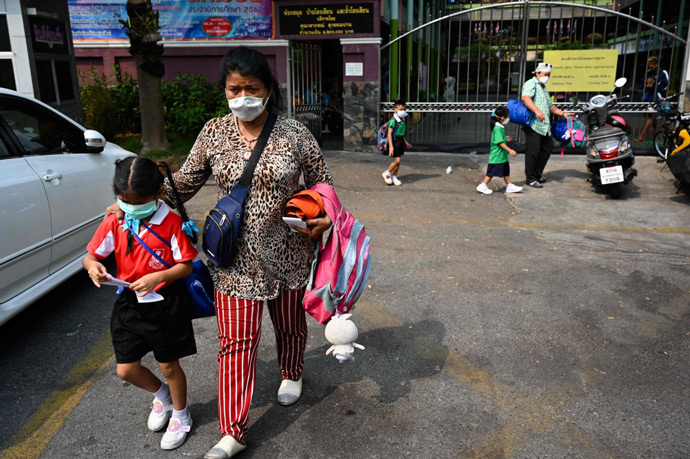 The Thai capital has been shrouded in murky haze for weeks, sparking social media criticism of the uneven response by the government and prompting rare scenes of residents donning masks on streets and on public transport.

Reasons given for the lingering pall include exhaust from traffic, unfettered construction, the burning of crop stubble, and pollution from factories getting trapped in the city.

Authorities have seeded clouds to provoke rain, sprayed overpasses with water to catch micro-pollutants and even asked people not to burn incense sticks and paper during Chinese New Year celebrations.

The measures so far have drawn derision from many Bangkok residents, while stocks of pollution masks have run out in many shops.

But on Wednesday, the Bangkok Metropolitan Administration stepped up its health warnings, ordering all 437 city-controlled public schools to close from lunchtime through Friday, designating 1,500 square kilometres (580 square miles) of the city a "control area".

"The situation will be bad until February 3 to 4, so I decided to close schools," said Bangkok governor Aswin Kwanmuang, adding he hoped the move would also empty the road of cars on the school run.

Three to four of the city's districts are "severely hit with smog", he added.

A spokesperson for the prime minister's office said private and vocational schools would be closed as well, but did not give a number.