Indian man fills potholes out of love for dead son

Dadarao Bilhore smoothes the road surface, rests his shovel, looks to the sky and prays for his son, one of thousands of Indians killed every year in accidents caused by potholes.

Prakash Bilhore, a promising student, was just 16 when he died in July 2015 in Mumbai, India's hectic financial and Bollywood capital of 20 million people.

To help deal with his grief, Prakash's devastated father Dadarao decided he would do something about Mumbai's roads, which like much of India's, are notoriously shoddy.

Using sand and gravel collected from building sites, Bilhore has filled in almost 600 potholes across India's financial capital in the past three years.

The 48-year-old vegetable vendor does it to pay tribute to his beloved son and in the hope that it will save lives.

"Prakash's sudden death left a huge void in our lives. I do this work to remember and honour him.

"I also don't want anyone else to lose a loved one like we have," Bilhore tells AFP at the modest apartment he shares with his wife, daughter and extended family. 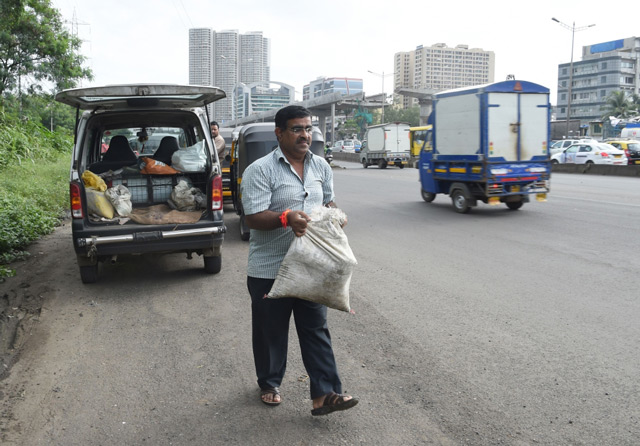 Prakash Bilhore was travelling pillion when the motorbike he was on with his cousin hit a deep pothole, sending them both flying through the air.

The tragic accident occurred during Mumbai's summer monsoon when heavy rains are blamed for causing crater-like holes on the teeming coastal city's roads.

Potholes are so common that a campaign is under way to have Mumbai featured in the Guinness Book of Records as the city with the most potholes.

Navin Lade, a resident, claims to have recorded more than 27,000 holes on the website www.mumbaipotholes.com, although local officials dispute his findings.