A two-year-old Indian boy stuck in a narrow well for more than four days was pulled out dead on Tuesday, triggering protests over delays in reaching the toddler.

The case of Fatehveer Singh captured national attention after he fell into the 33-metre (110 feet) deep well in the Punjab state district of Sangrur while playing on Thursday.

The disused well was just 23 centimetres (nine inches) wide, complicating desperate efforts by dozens of rescue workers and volunteers as locals and television cameras looked on.

"The child is not alive anymore. He was pulled out at 5 in the morning by the NDRF (National Disaster Response Force) personnel," Vijay Inder Singla, a state lawmaker, told AFP. 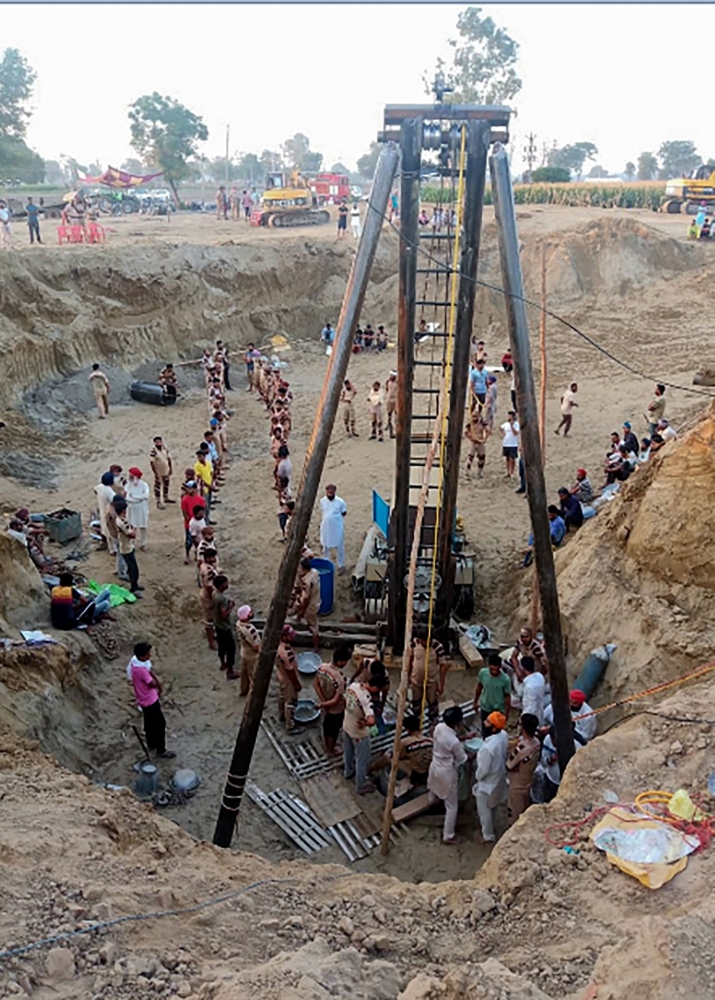 The toddler, who had oxygen supplies but no food or water, was flown in an air ambulance to a hospital in the capital Chandigarh where he was declared dead.

Authorities had dug a hole parallel to the well and inserted a 36-inch wide pipe into it, in an attempt to reach the trapped toddler.

Villagers angry about the failed rescue mission gathered at the site Tuesday and shouted slogans against the state government.

The rescue operation was "delayed due to lack of required technical assistance," resident Kultar Singh was quoted as saying by local media.

The borewell was dug by the child's family in 1984. They used to draw water from it to irrigate the fields but stopped using it after 1991.

Punjab Chief Minister Amarinder Singh has ordered a crackdown on open wells across the state.

"Very sad to hear about the tragic death of young Fatehveer," he tweeted Tuesday.

"Have sought reports from all DCs (deputy commissioners) regarding any open bore well so that such terrible accidents can be prevented in the future."

The tragedy underscored the dangers of uncovered wells which are common across northern India.

A one-and-a-half-year-old child was rescued in March, in Haryana state, after being trapped for two days.

In 2006, a six-year-old child was recovered safely in the same state after being stuck in a well for 48 hours.