Japan's new Emperor Naruhito pledged Wednesday to stand by the Japanese people as he formally ascended the Chrysanthemum Throne, the day after his father's historic abdication ushered in a new imperial era.

It was the first time in more than 200 years that a member of the world's oldest royal family has chosen to step down, and solemn rituals accompanied both Akihito's abdication and Naruhito's enthronement.

Naruhito officially became emperor at midnight, when the country also began the new imperial era of Reiwa or "beautiful harmony", but the transition was formalised in a Wednesday ceremony.

The ritual, off-limits to all royal women, saw 59-year-old Naruhito accept the regalia relinquished by his father a day earlier: a sacred sword and jewel as well as the seal of the state and the imperial seal. 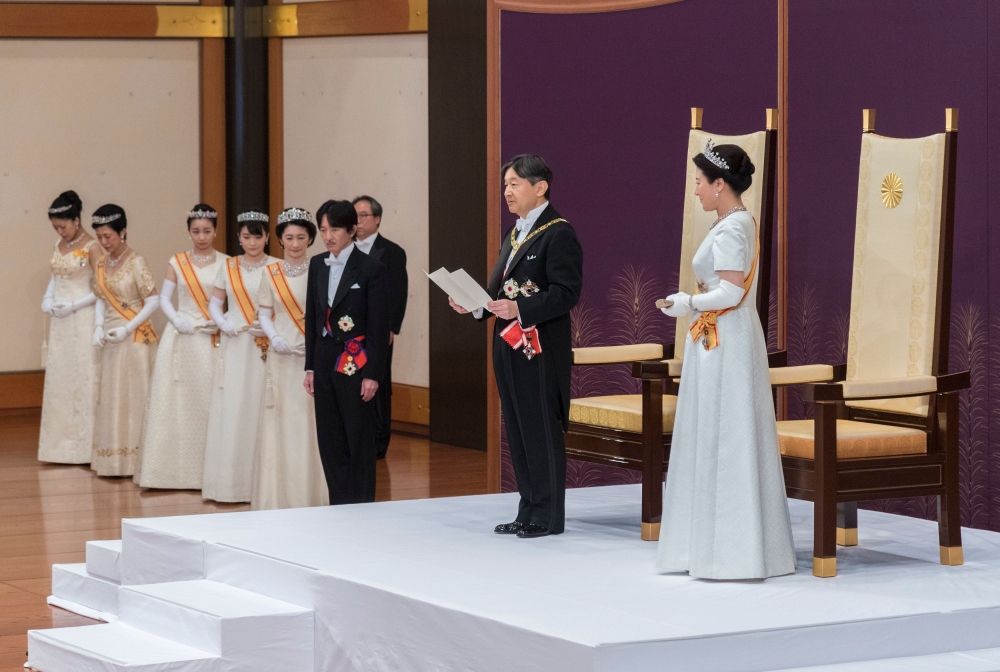 Naruhito then delivered his first address to the nation, vowing to "act according to the Constitution" while "always turning my thoughts to the people and standing with them".

The new monarch wore formal Western clothing including a heavy gold chain of office during the ceremony and his speech. He was joined by Empress Masako, wearing a long white gown and diamond-studded tiara, for his address.

The nation's 126th emperor said he would "reflect deeply" on the example set by his popular father Akihito, and that assuming the throne filled him with a "sense of solemnity". 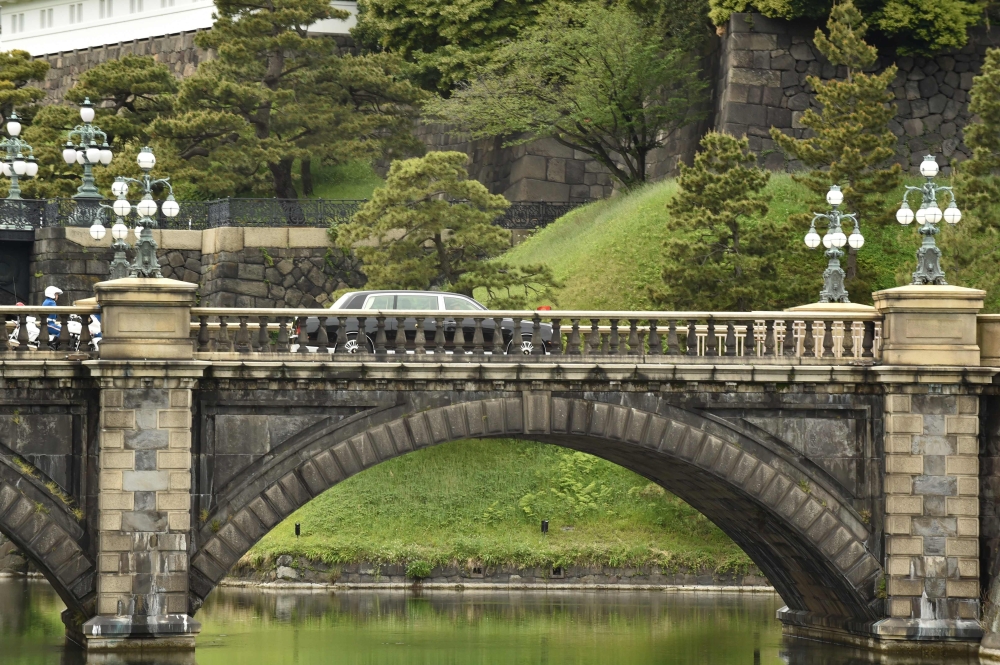 Prime Minister Shinzo Abe, replying on behalf of the people, said: "We are determined to create a bright future for a proud Japan filled with peace and hope at a time when the international situation is changing dramatically."

After heavy rain dampened celebrations for the abdication on Tuesday, Japanese took advantage of sunnier weather to flock to the Meiji Shrine in the heart of the capital, where free sake was served ahead of a display of horseback archery.