Italian firefighters say 200 people have been evacuated after a landslide cascaded through a mountain town, overturning cars in its path.

Images released by the firefighters Wednesday show the chaos wrought by the mud that came down the steep streets in the town of Casargo, above Lake Como in the northern Lombardy region.

The landslide was triggered by heavy rains Tuesday evening. 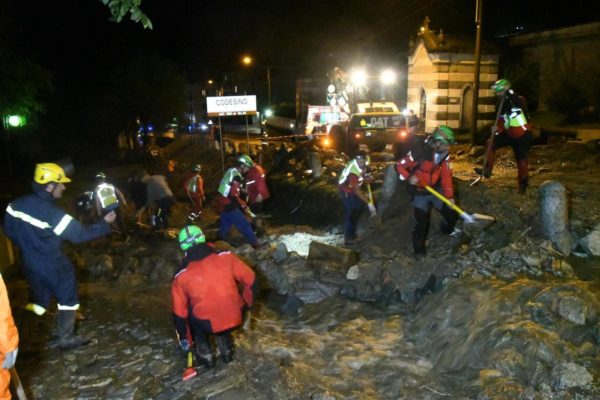 Firefighters have reported no victims or injuries so far as they continue to clear debris. The agricultural lobby group Coldiretti said that farmers raising goats and cows above Casargo remain cut off due to blocked roads.