German Chancellor Angela Merkel on Thursday suffered another episode of uncontrolled trembling, a week after a similar incident that sparked questions about her health.

The latest lapse came hours before Merkel was due to board a plane for the G20 summit in Osaka, Japan.

The German leader began to tremble as she stood next to President Frank-Walter Steinmeier, who was giving a speech at a ceremony to formally appoint a new justice minister.

The shaking went on for two minutes, according to a DPA photographer who was present at the event. 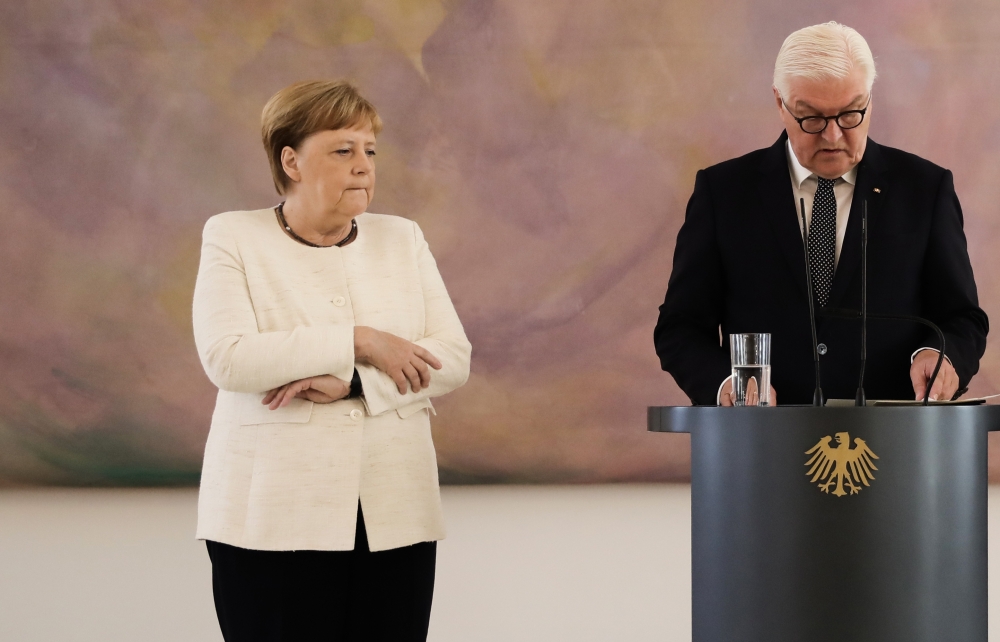 Merkel folded her arms visibly in a bid to stop the trembling.

She only finally brought it under control once she was able to take a few steps.

She was offered a glass of water but turned it down.

Her previous bout of shaking last Tuesday had been blamed on dehydration on a hot summer's day.

Despite the latest incident, a German government spokesman said Merkel would not be cancelling any appointments on Thursday and Friday.

"The chancellor is well," he said, adding that she will be flying as planned to Osaka for the G20 summit. 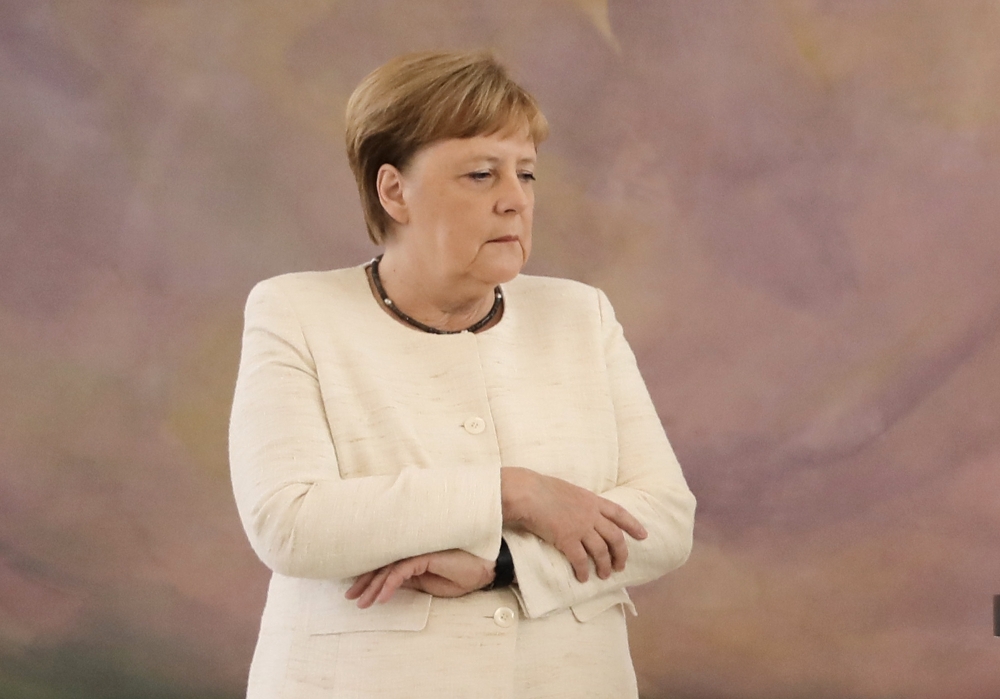 Merkel, frequently called the European Union's most influential leader and the most powerful woman in the world, turns 65 next month.

She has said she will leave politics at the end of her term, in 2021.

There were brief concerns about her health in 2014 when she was taken ill during a television interview. The broadcast was briefly interrupted when she experienced a drop in blood pressure.'

Her spokesman Steffen Seibert explained at the time the leader did not feel well for a moment, then ate and drank something and continued the interview.