As part of the visit, His Highness toured Samsung's fifth-generation semiconductor showroom and production line. 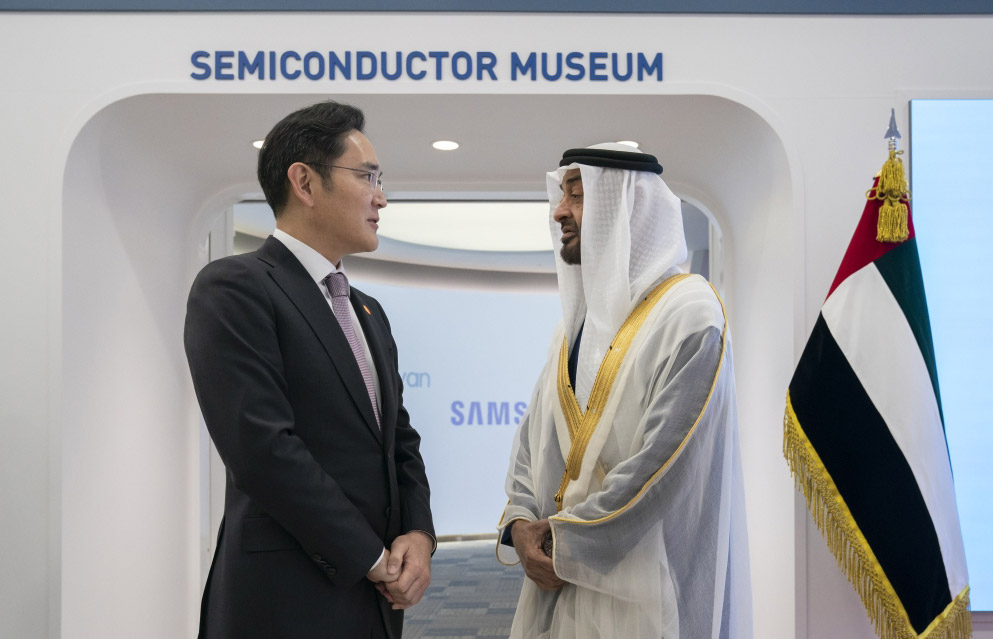 The tour also included a live demonstration of the latest Samsung technologies, including an unmanned aircraft flying over the Hwaseong centre that captured 360-degree, high-definition video footage, and transferred to virtual reality (VR) goggles, which His Highness wore as part of the demonstration, showcasing the speed and stability of 5G communications and the simultaneous transmission of HD video content on the latest K8 QLED television screen.

His Highness also viewed a photo presentation of his visit to Korea in 2006.

Sheikh Mohamed met with senior officials from Samsung, where discussions on the company's development vision, especially in AI technologies, were held. During the meeting, His Highness expressed his pleasure at the visit, and his getting acquainted with state-of-the art technologies, wishing company officials and staff more success.

The Abu Dhabi Crown Prince also inspected the facility's double tiered structure clean room, used for research and development of next-generation technologies including nano and process technology, among other materials and systems.

"What I have seen today at Samsung Electronics Research and Development Centre is both impressive and appreciated. Advanced technologies and innovative industries provide solutions for a better life, we in the UAE care to keep up with innovative technologies and the advanced sciences, supporting partnerships to improve our society's quality of life," he said during the tour.