The monsoon is crucial for irrigation and groundwater supplies in the impoverished region - home to a fifth of the world's population - and brings relief after the unforgiving summers.

But the downpours - which stretch from June to September - can turn deadly and have wreaked havoc again this year across India, Nepal, Bangladesh and Pakistan-administered Kashmir, with people, dwellings and boats in remote low-lying areas washed away.

At least five children drowned in Bangladesh Monday, taking the toll in the country to 34, including 18 hit by lightning and seven who drowned after their boat capsized in choppy waters in the Bay of Bengal. 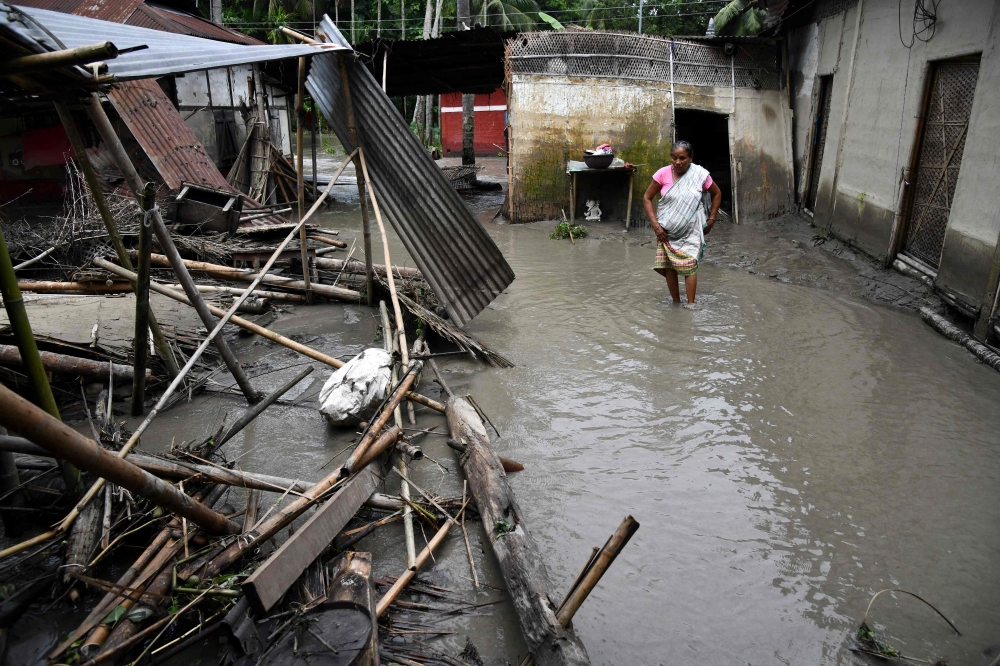 Hundreds of thousands have been marooned by floodwater in the country's north, with one of the major Himalayan rivers, the Brahmaputra, over a metre (40 inches) above the "danger level", officials said.

Health experts have warned of possible outbreaks of waterborne diseases and called for international help.

Nearly 50 people have been killed in India, with two eastern states - Assam and Bihar, which borders Nepal - bearing the brunt of the deluge.

Authorities in Assam declared a red alert Monday as the flood situation turned critical, with villages cut off by surging waters and a major highway submerged.

Photos showed residents crammed in boats carrying their belongings to safer areas in Morigaon, one of the worst-affected districts, and just the roofs of submerged homes above water.

So far 11 people have died in the state and some 83,000 people displaced by flooding. 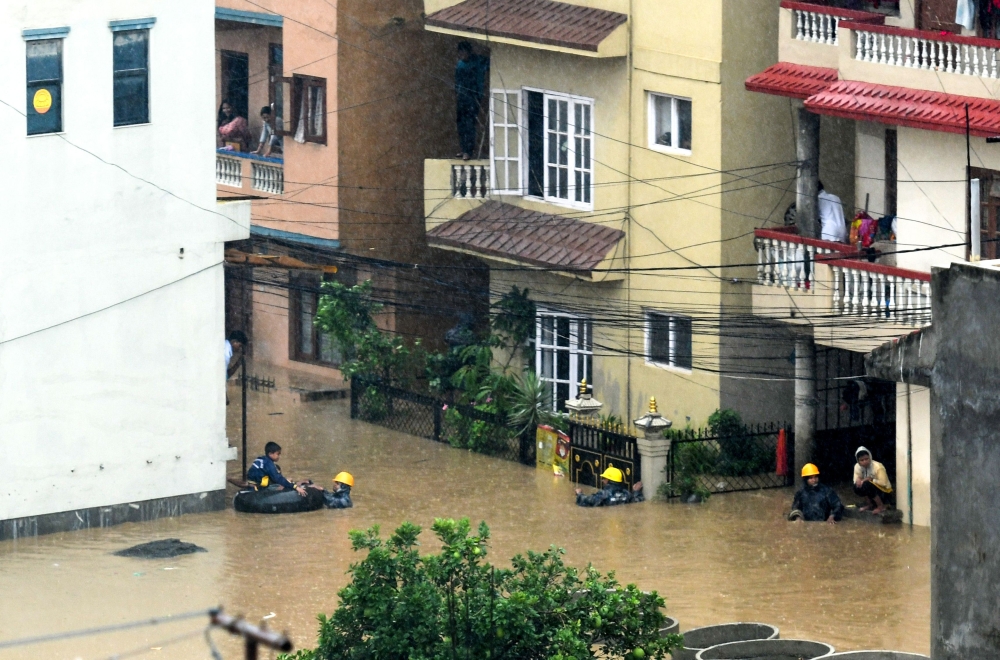 Authorities also scrambled to reach animals marooned by the deluge at the state's World-Heritage listed Kaziranga National Park, which is home to two-thirds of the world's one-horned rhinos.

In Bihar, 24 deaths were reported, with 2.5 million residents affected.

Among the dead were three children who drowned as they went to check the rising water level in a canal. Two others died while playing near a ditch filled with floodwater, the Press Trust of India reported.

Further northwest, in the Pakistan-administered part of the Kashmir region, flash floods killed 23 people and damaged 120 houses, with the water and power supplies crippled.

The United Nations said Monday it "stands ready to work with the authorities in the affected countries as they respond to the humanitarian needs resulting from this ongoing monsoon season".