Dubai Eye, the centerpiece of Dh6-billion Bluewaters Island, will reach 260 metres to become the world’s largest Ferris Wheel, an official with Meraas Holding, the developer, says in YouTube video.

“We are on Bluewaters Island… Dubai Eye is going to be the biggest Ferris wheel in the world,” says the unnamed official in the video published by Pure Arabia DMC on behind the scenes video of City Walk, Rainforest and Dubai Eye. The video has now been removed. 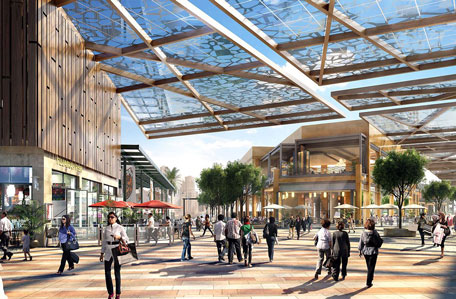 “It’s enormous… it’s the world's largest observation wheel and to do that we had to employ a great team of people using some of the largest equipment’s in the world. The materials and components are being shipped in from all over the world,” he adds.

Around the wheel (Dubai Eye) will be a large plaza with various dining and retail experiences with the island being augmented with four entertainment attractions making it really a place that you can come and visit for the whole day or may be stay in one of the two hotels and for a longer period of time, the official asserts. Revealing the details of the Dubai Eye, he says the first thing that will happen is that one will go through a 4D cinema that will give the essential facts about Dubai. Then one will take two escalators up to the lower platform and enter the capsule and join the flight of the wheel approximately 48 minutes in duration as it goes up.

As one exits the wheel, there will be an opportunity to go through the visitor centre where one can view a film on the work to actually the fireworks for the grand finale.

Over the top of JBR

A drone is later used to show the view from top of the Ferris Wheel (260 metres).

“100 meters half way up… and that looks high. 150 (metres) now…190 (metres)… I can see over the top of JBR (Jumeirah Beach Residence)… 260 metres exactly… Wow! First time anybody has been on this location at that height and had that view. I am sure everybody's jaws will literally drop,” the official says.

He, however, goes on to add, “But, of course, it is a challenge... it is hard work, but it will be worth it when we will see the wheel turn.”

According to Meraas, Dubai Eye will offer views of Dubai’s coastline and iconic landmarks such as Burj Al Arab, Palm Jumeirah and Burj Khalifa. The island will have retail, residential, hospitality and entertainment zones. 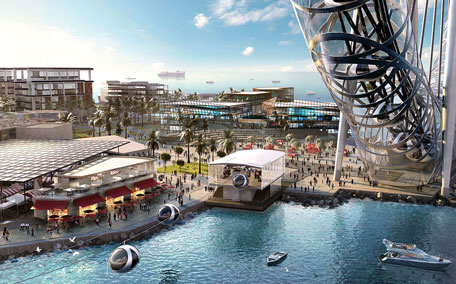 An earlier video presentation on Starneth website reveals that the ‘private oasis in the sky’ will have 48 luxury capsules holding 1,400 visitors, even allowing people to celebrate their special moments in those capsules. The wheel will also have an 80-metre digital screen for broadcasting, adverts and interactive information.

On completion, the attraction is expected to draw three million visitors per year.