One killed, 17 injured in grenade attack in Indian Kashmir

One person was killed and 17 were injured when a grenade exploded at a bus terminal in India's restive state of Jammu and Kashmir, police said. 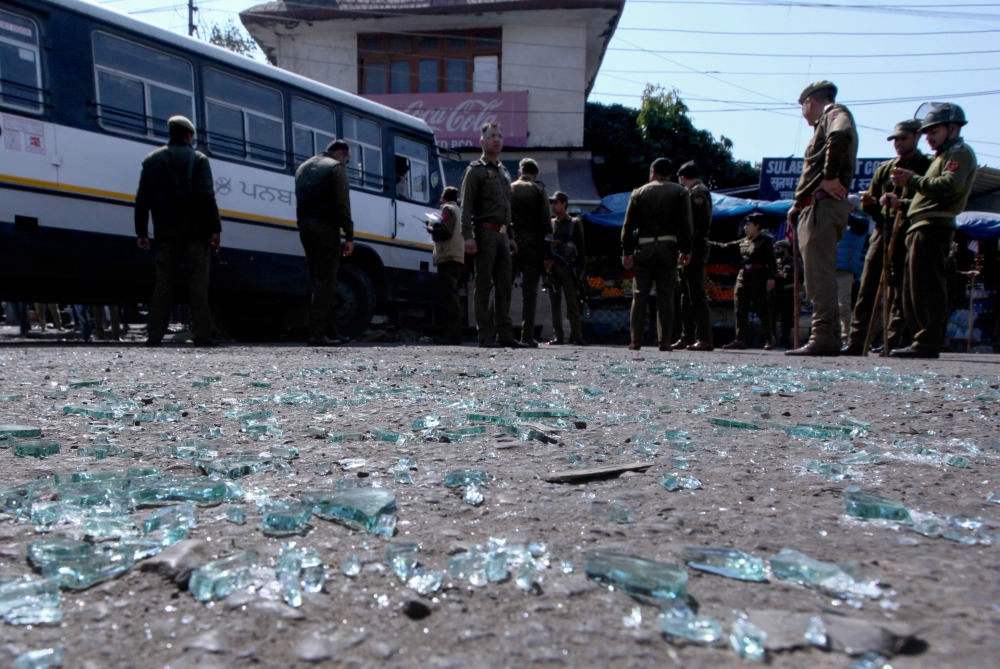 The blast in the city of Jammu comes amid heightened India-Pakistan tensions after 40 Indian troops were killed on February 14 in the part of Kashmir that New Delhi controls, sparking the biggest standoff between the nuclear-armed neighbours in years.

Jammu police chief M.K. Sinha told reporters that the grenade was lobbed at the bus stand, and the explosion left "approximately 18" people injured.

One of the injured later died during treatment at the hospital, an officer at the regional police headquarters told AFP.

Police said the bus hit by the grenade was leaving for Pathankot city in Punjab state when the blast occurred, with many local media reports putting the number of injured at 28.

Purported videos of the incident circulating on social media showed injured people lying on the ground with locals trying to help them.

The blast comes weeks after the February bombing, which was the deadliest attack on Indian forces in a 30-year insurgency by militants seeking either independence for Kashmir or a merger with Pakistan. Tens of thousands have died in the violence.

India and Pakistan control parts of the disputed Himalayan region, but both claim it in its entirety.

New Delhi has long accused Islamabad of supporting insurgents in Kashmir, and the attack last month - claimed by the Pakistan-based militant group Jaish-e-Mohammed (JeM) - sparked a major escalation in tensions.

In response, New Delhi said it carried out air strikes on February 26, targeting what it called a JeM training camp in Balakot, Pakistan, and killing "a very large number of JeM" militants who were planning more attacks in India.

The Pakistani government said that no such sites or targets were hit, and on February 27 launched its own air strike as a show of force.

In an ensuing dogfight, at least one Indian aircraft was shot down and the pilot captured by Pakistan. India claimed it had also shot down a Pakistani fighter.

As fears rose that the two nuclear-armed nations might enter their fourth war, Pakistan released the pilot in what it called a "gesture of peace".

This helped ease tensions, although both countries have continued to fire artillery and mortars over their de facto border, the Line of Control, in Kashmir, killing civilians on both sides.

Indian forces have also fought gun battles with militants and arrested hundreds of people since the February bombing.

Jammu is largely a Hindu-dominated area of the contested region. It has seen militant attacks in the past, despite little or no support for armed rebels that enjoy widespread public backing elsewhere in the region.

Police suggested that the blast on Thursday could be aimed at fomenting communal tensions in Jammu.

Authorities imposed a curfew for several days in Jammu in the wake of the February 14 attack.