Eight people were killed and dozens injured when twin earthquakes struck islands in the northern Philippines early Saturday while many were still asleep, local officials said.

Both tremors hit the province of Batanes, a group of sparsely populated islets north of the nation's largest Luzon island.

Terrified residents fled their homes and images in the Philippine media showed collapsed masonry homes as well as deep cracks in paved roads.

The quakes - of magnitude 5.4 and 5.9 - struck within hours of each other, according to the US Geological Survey. No tsunami alerts were issued. 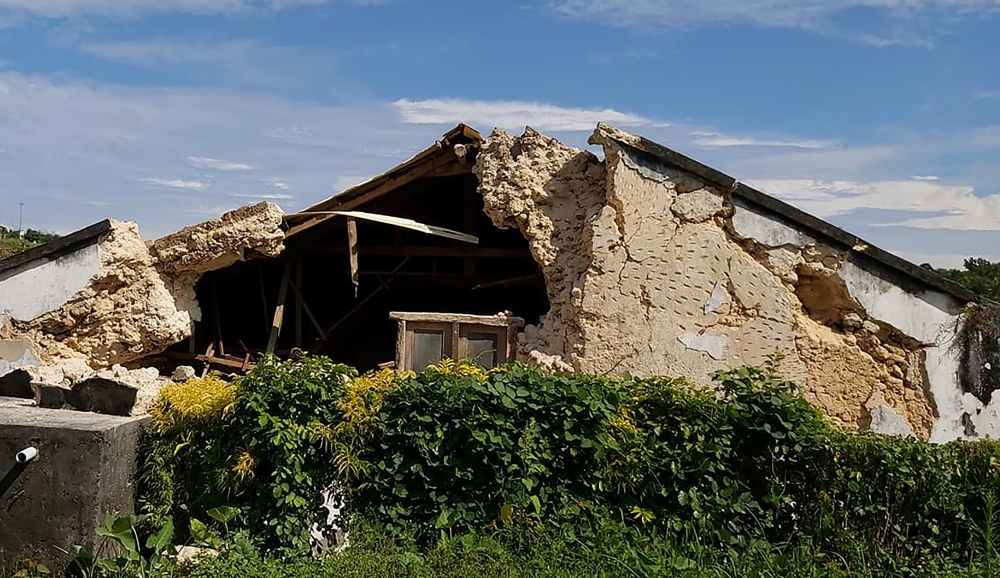 Many people were still asleep when the first tremor struck around 4:15 am (2015 GMT Friday), followed just under four hours later by the second stronger jolt.

Mayor Raul de Sagon told AFP that eight people had been killed and around 60 others were hurt. The extent of their injuries was not immediately clear.

Police sergeant Uzi Villa added that the timing of the quake meant many people were at home when the first quake struck.

"We saw houses shaking. Some of the walls of the houses collapsed and fell on the victims," he told AFP.

"Some people died because they were sleeping soundly since it was still early," he added.

The Philippines is part of the Pacific "Ring of Fire", an arc of intense seismic activity that stretches from quake-prone Japan through Southeast Asia and across the Pacific basin.

The country's most recent deadly quake occurred in April when at least 11 people were killed and a supermarket collapsed in a 6.3-magnitude tremor that hit a region north of the capital Manila.