A helicopter crash landed in the Hudson River near a busy Manhattan heliport Wednesday and partially sank, but not before the pilot was able to escape mostly unscathed.

The 34-year-old pilot suffered just a minor hand injury after the hard splashdown, which happened just before 2:30 p.m. and was recorded by bystanders who saw the aircraft in trouble and whipped out their mobile phones.

No other people were aboard but a dockworker trying to get out of the way of the descending aircraft slipped and injured his wrist, fire and police officials said.

The helicopter, a charter aircraft, was hauled out of the water Wednesday afternoon by a marine crane after about 90 minutes in the river. 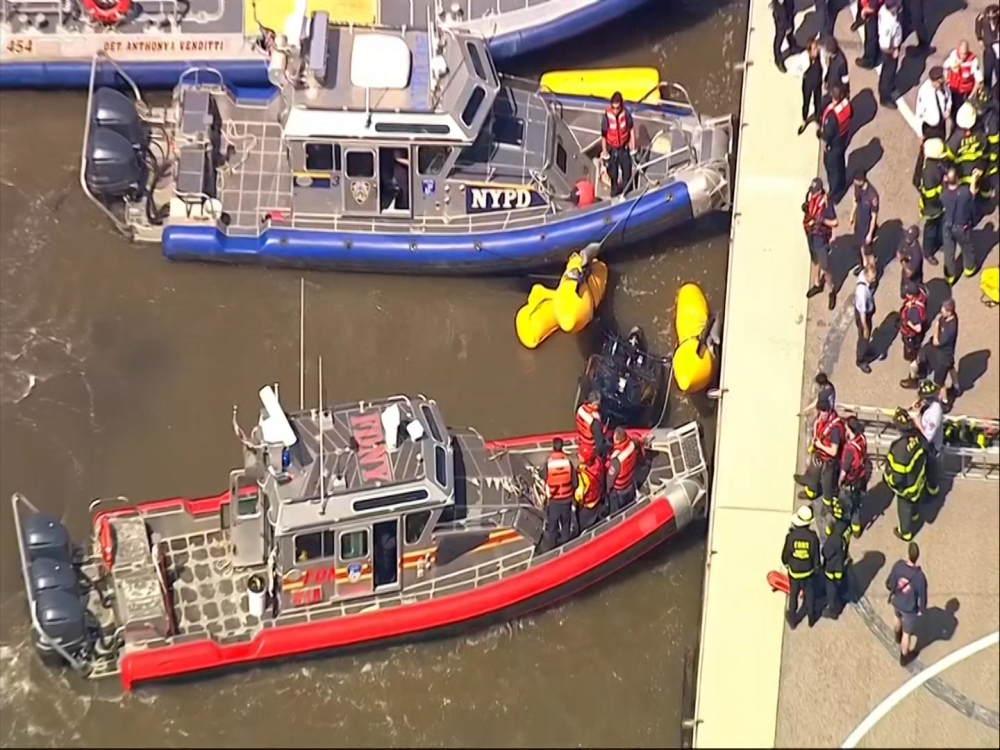 At a news conference, authorities said the pilot had just taken off from the helipad after refueling when something went wrong.

"All of a sudden, he felt the helicopter go down," said Police Department Assistant Chief Stephen Hughes.

A mobile phone video of the helicopter going down, taken by a WCBS TV editor, showed it descending into the river about 150 feet (46 meters) from the helipad. The aircraft came down quickly, but it wasn't in freefall. Its blades were rotating. Emergency pontoons inflated moments before it hit the water. 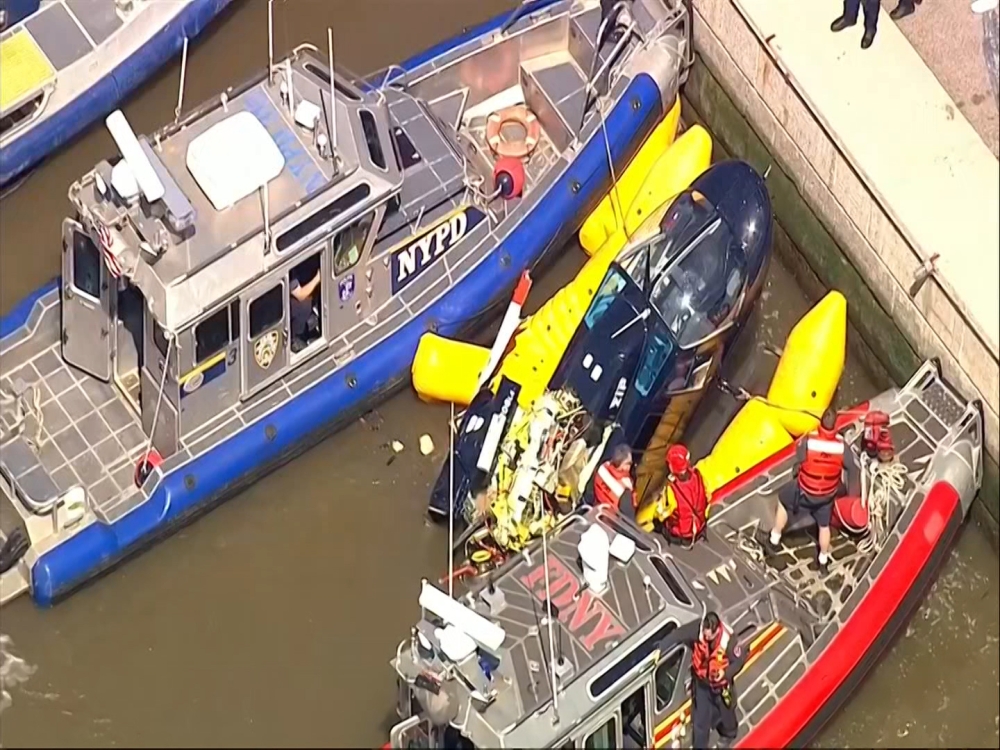 Anthony Raisley, 20, a college student from Middletown, New Jersey, said he and a friend were at the nearby High Line park, watching the river, when they noticed the aircraft spinning and wobbling in a way that didn't seem normal.

"The next thing you know, it was out of sight," Raisley said.

His reaction: "Just shock. You see this stuff in the news, and you never think you'll witness it."

The pilot, who was not immediately identified by authorities, quickly scrambled on to the aircraft's pontoons.

The helicopter eventually capsized and sank mostly beneath the water but was kept from going to the bottom by the floats.

The FAA identified the helicopter as a Bell 206. The National Transportation Safety Board said it would investigate the accident.

New York City has a history of both minor and major helicopter wrecks and crash landings.

Following the East River mishap, Rep. Carolyn Maloney said she called for a ban on helicopter flights over Manhattan and Brooklyn until their safety could be properly studied.

"Helicopter flights are not subject to proper regulation and safety standards and pose significant public safety risks to our community," Maloney said Wednesday. "Today's crash is yet another reminder that oversight of helicopter operations over New York City is absolutely necessary."