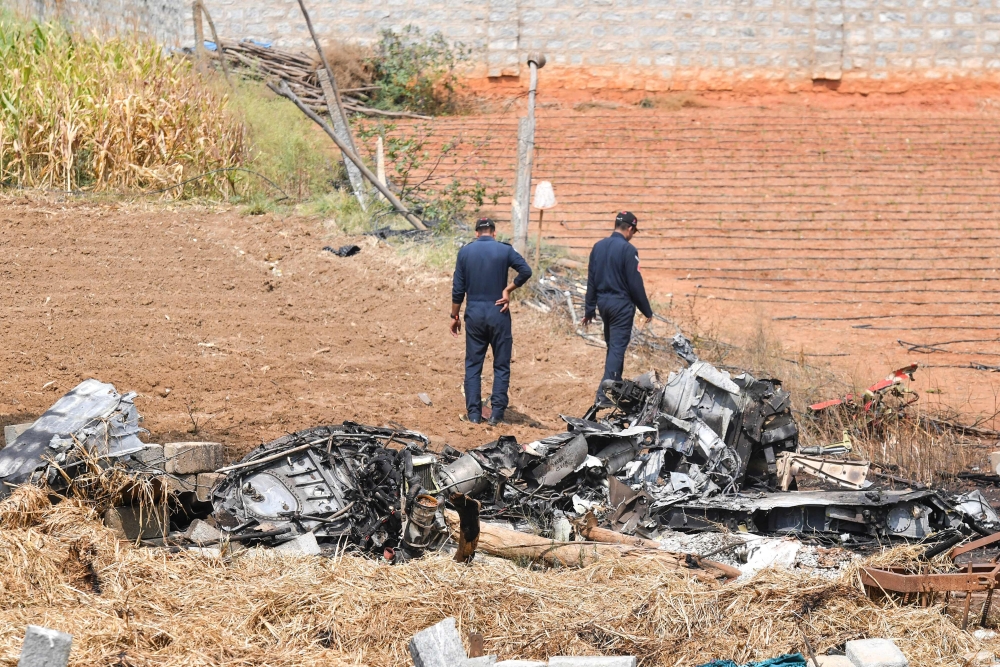 Witnesses told how the aircraft spiralled out of control after hitting each other and crashed near a residential area outside the Yelahanka air base in the southern city of Bangalore.

A huge fireball rose into the sky, they added. 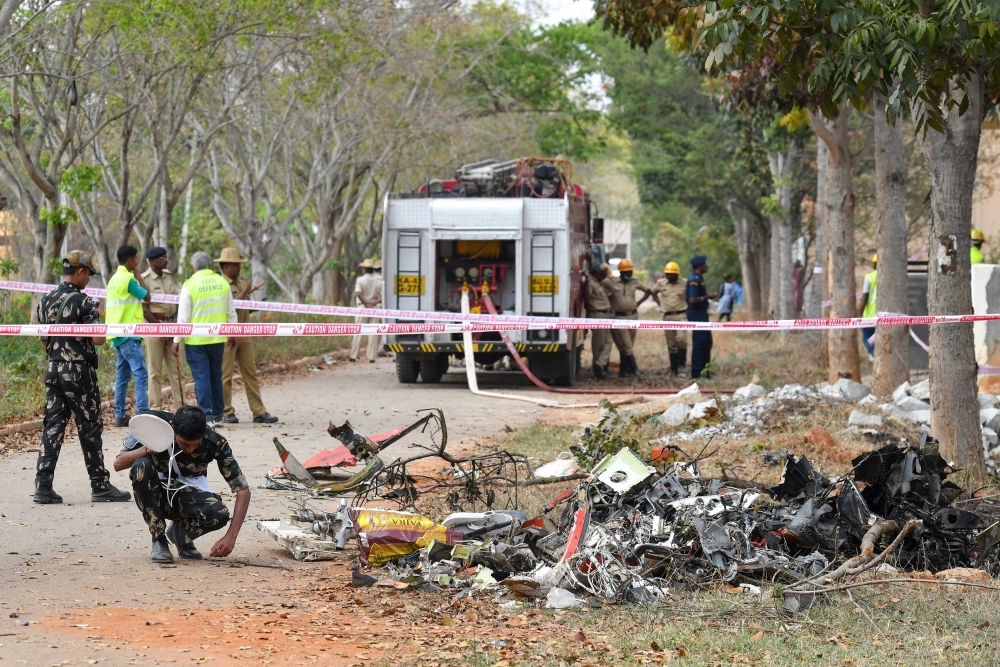 Only one civilian was hurt by flying debris however while two pilots who parachuted to safety also suffered injuries, officials said.

"One pilot died of fatal injuries and two other pilots ejected out of the two Hawk advanced jet trainers after they collided midair and crashed," said an Indian Air Force statement.

An official investigation was immediately launched.

The two jets were to take part in a display by the Surya Kiran acrobatic display team on the first day of the Aero India show in Bangalore on Wednesday.