Russian President Vladimir Putin and North Korean leader Kim Jong Un say they have had fruitful talks about how to defuse a standoff over Pyongyang's nuclear program.

The two leaders spoke after their one-on-one meeting Thursday as they sat down for broader negotiations involving top officials from both sides on the Russky Island near Vladivostok. 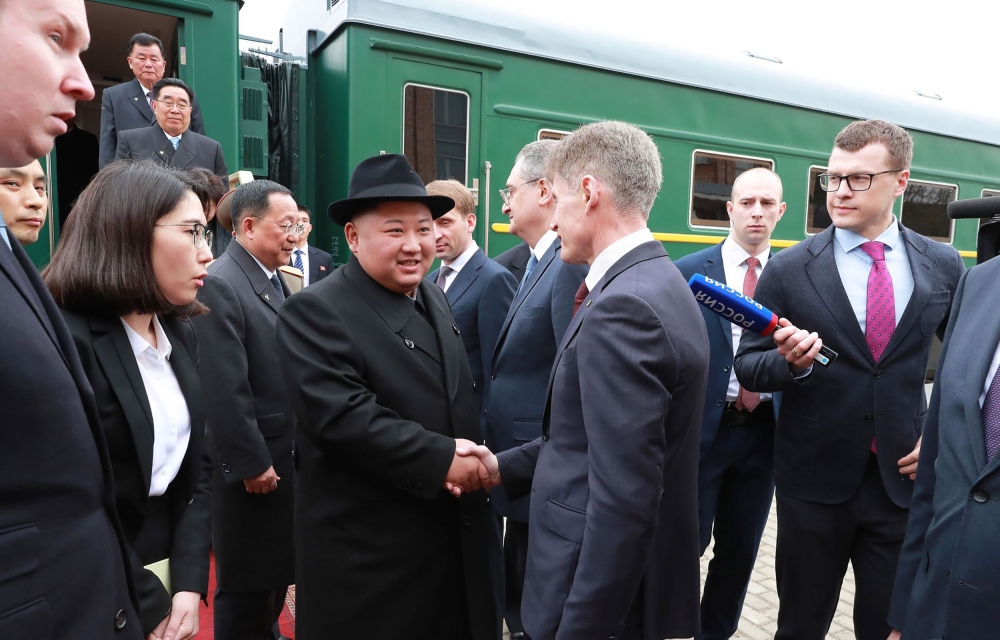 Putin said he and Kim "exchanged opinions about what should be done to improve the situation." Kim noted that they had "discussed ways of peaceful settlement" and had "a very fruitful exchange."

Kim's first trip to Russia comes about two months after his second summit with President Donald Trump failed because of disputes over U.S.-led sanctions on the North. Putin meanwhile wants to expand Russia's clout in the region and get more leverage with Washington.