A strong earthquake struck off the Indonesian holiday island of Bali on Tuesday, the United States Geological Survey said, causing residents to flee their homes and damaging several buildings.

The tremor, which was felt as far away as Banyuwangi on the neighbouring island of Java, struck relatively deep at 91 kilometres and no tsunami warning was issued. 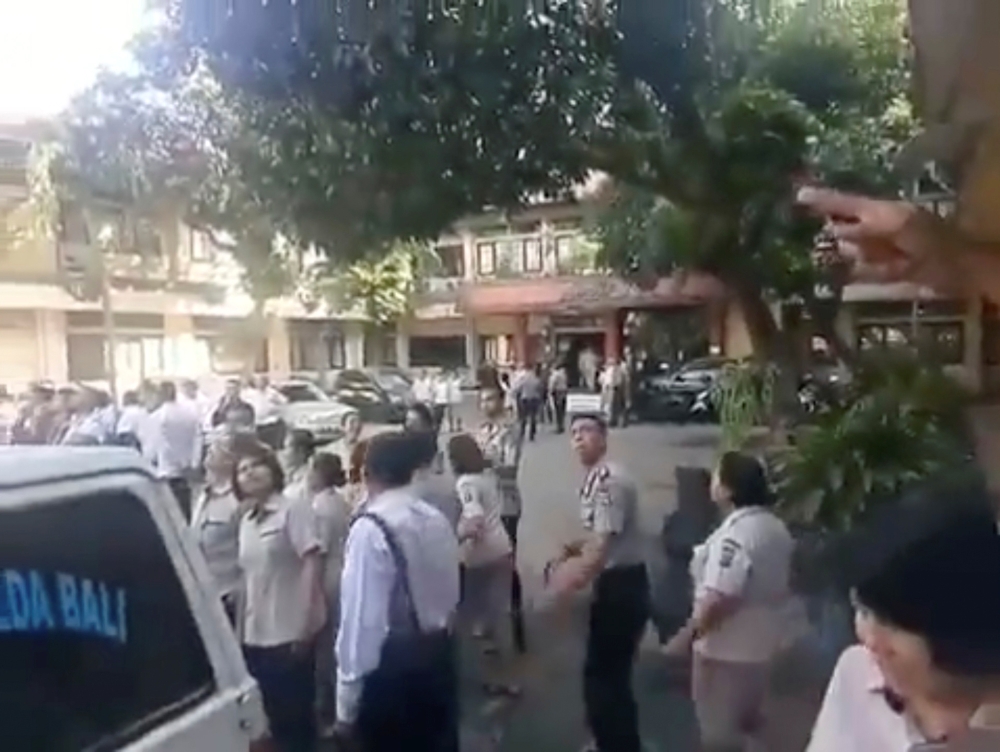 Residents of Bali described panic as the quake hit.

"I was carrying my baby when I felt the jolt - it was strong, I ran outside immediately and saw many people were already fleeing to the street," Denpasar resident Komang Sudiani told AFP.

"We have received reports of damage such as fallen roof tiles and broken glass in several houses and offices," Rahmat Triyono, the head of the agency's earthquake and tsunami division, said in a statement.

More than 20 homes, schools, temples and offices were moderately damaged by the tremor, predominantly in Badung district, near the tourist hub of Kuta, Bali authorities said.

No casualties have been reported in the disaster.

Indonesia experiences frequent seismic and volcanic activity due to its position on the Pacific "Ring of Fire", where tectonic plates collide.

Last year, a 7.5-magnitude quake and a subsequent tsunami in Palu on Sulawesi island killed more than 2,200 people, with another thousand declared missing.

On December 26, 2004, a devastating 9.1-magnitude earthquake struck off the coast of Sumatra and triggered a tsunami that killed 220,000 across the Indian Ocean region, including around 170,000 in Indonesia.