Heavy rains will continue in the governorates of Dhofar and Al Wusta, accompanied by strong winds and heavy thunderstorms, with rainfall of 200 to 600 millilitres, leading to flooding in wadis, the Oman News Agency, ONA, reported on Friday.

The centre of Mekunu may arrive at the coast of Dhofar as a first-degree cyclone.

Waves on the coasts of Dhofar and Al Wusta could reach between eight and 12 metres in height, and flooding could affect low-level areas. Waves on the coast of South A'Sharqiyah Governorate will also be high, at between three and five metres.

The Public Authority for Civil Aviation has called upon the public to monitor its warnings and weather forecasts.

Salalah Airport to close as cyclone picks up strength

Oman said Friday that Cyclone Mekunu, which has wreaked havoc in the Yemeni island of Socotra, has intensified into category 2 as it approaches the southern part of the sultanate.

It expected that Mekunu will make landfall in the early hours of the afternoon. 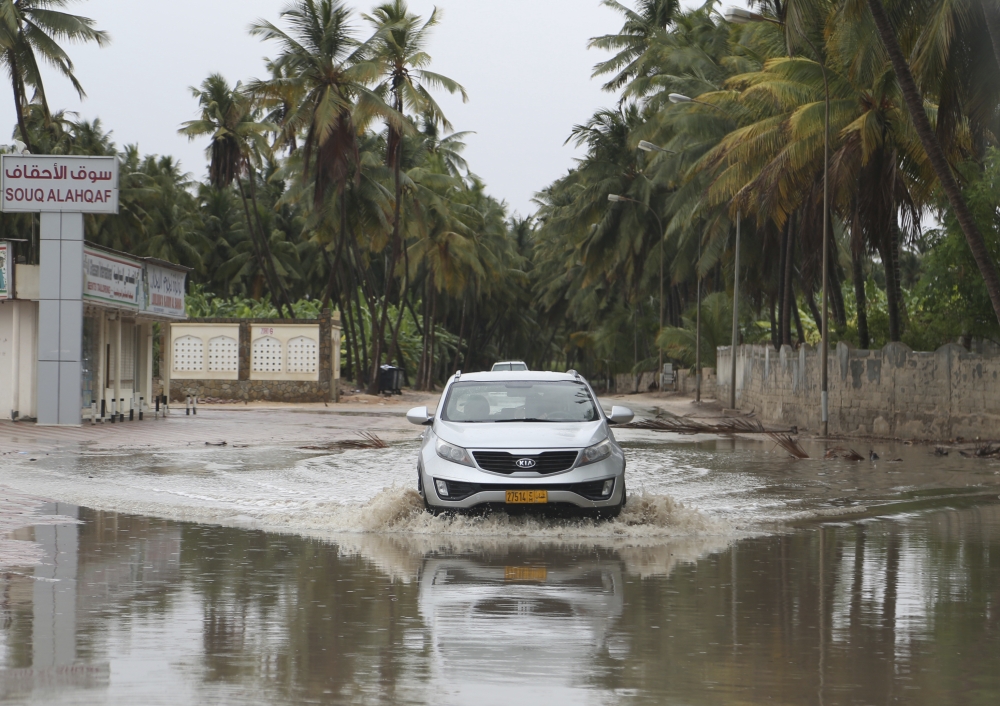 Several cities in Dhofar were lashed by heavy rain in the early hours of Friday as the centre of the cyclone approached the coast, it added in a statement carried by the official Oman news agency.

Oman on Thursday placed police and army on alert and closed schools until Monday in preparation for the cyclone.

State-run television in Oman said authorities evacuated hundreds of residents from a small island off the southern city of Salalah, capital of Dhofar province.

Oman's civil aviation authority has announced that Salalah airport would be closed for 24 hours from midnight (2000 GMT Thursday).