Hawaii woman fell to ground bawling when found in forest

A Hawaii woman said Tuesday she fell to the ground and started bawling when a rescue helicopter spotted her in a forest where she had survived for two weeks by eating plants and drinking stream water.

Amanda Eller said crews in other helicopters failed to see her earlier in her ordeal.

“I knew in the grand scheme of things, I’m on this tiny piece of rock on the top of a waterfall, and how the heck are they going to find me?” Eller said at a news conference livestreamed from Maui. “It was a miracle.” 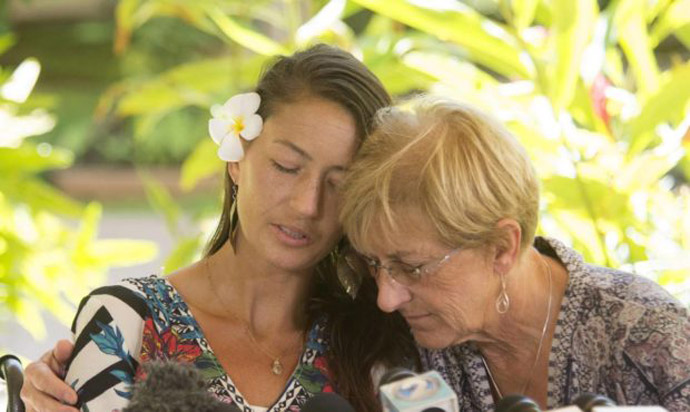 The same group of volunteers who found her on Friday were helping search another forest for a Maui man, Noah Mina, who has been missing since May 20.

Eller had set out May 8 for a 3-mile (5-kilometer) hike in Makawao Forest Reserve. She didn’t take a cellphone and didn’t have a compass.

The physical therapist said her heart was telling her which way to turn. But when she tried to go back the way she came, that path didn’t lead to her car.

Eller said she’s normally an “overpreparer” and has food, water, sunscreen and a hat with her.

“Just that day I did not,” she said, conceding she should have taken a cellphone.

Her darkest moment came on her 14th day in the forest when helicopters passed over and failed to see her yet again.

Still, she said she never felt alone or fearful. She thought of her family and chose to live.

She told herself: “You can sit on that rock and you can die. You can say mercy and feel pitiful for yourself and you can play victim. Or you can start walking down that waterfall and choose life.”

Eller said a prayer for Mina, who went missing on a ridge trail near Wailuku. Eller said the area was “gnarly” and scarier than the spot where she was. She called the search for her “training” for the latest effort.

“I send all of my love and all of my support to his family and friends and his search teams,” she said.

Mina’s father, Vincent Mina, told The Maui News that first responders found his son’s flip flops about 2,500 feet (762 meters) above sea level. They located footprints but weren’t sure if they were Mina’s.

Vincent Mina said Chris Berquist and Javier Cantellops, the arborist and Army Ranger who led the two-week search for Eller, met with Mina’s family and were taken by helicopter Sunday to the area where he was last seen.

Eller said she’s eager to get back to work and take care of her physical therapy patients. She said she has some ankle wounds and her knee hurts, but expects to be off crutches in about a month.

“I’m so grateful to be alive. I wake up in the morning and I’m like, ‘Oh my God, I had a warm bed that I got to sleep in. And my body got to rest and to heal. My ankles are getting stronger.’ Grateful for every breath. Grateful for everything. And I hope I never lose that,” Eller said.

Three volunteer rescuers who found a hiker more than two weeks after she disappeared in a Hawaii forest described their elation and relief after spotting her near a waterfall in deep vegetation.

Javier Cantellops, Chris Berquist and Troy Helmers said Monday that they saw Amanda Eller from a helicopter Friday, 17 days after the 35-year-old physical therapist and yoga instructor went for hike on a Maui trail.

When they saw her, Helmers says he was in disbelief anybody would be hiking in the area. Berquist told CBS that they were "crying and screaming and laughing" when they reached her.

Cantellops told the "Today" show that "wrapping my arms around her was the greatest moment I can say about my life."

Eller broke her leg and got a skin infection and severe sunburn but says in a Facebook video from her hospital bed that she "chose life." 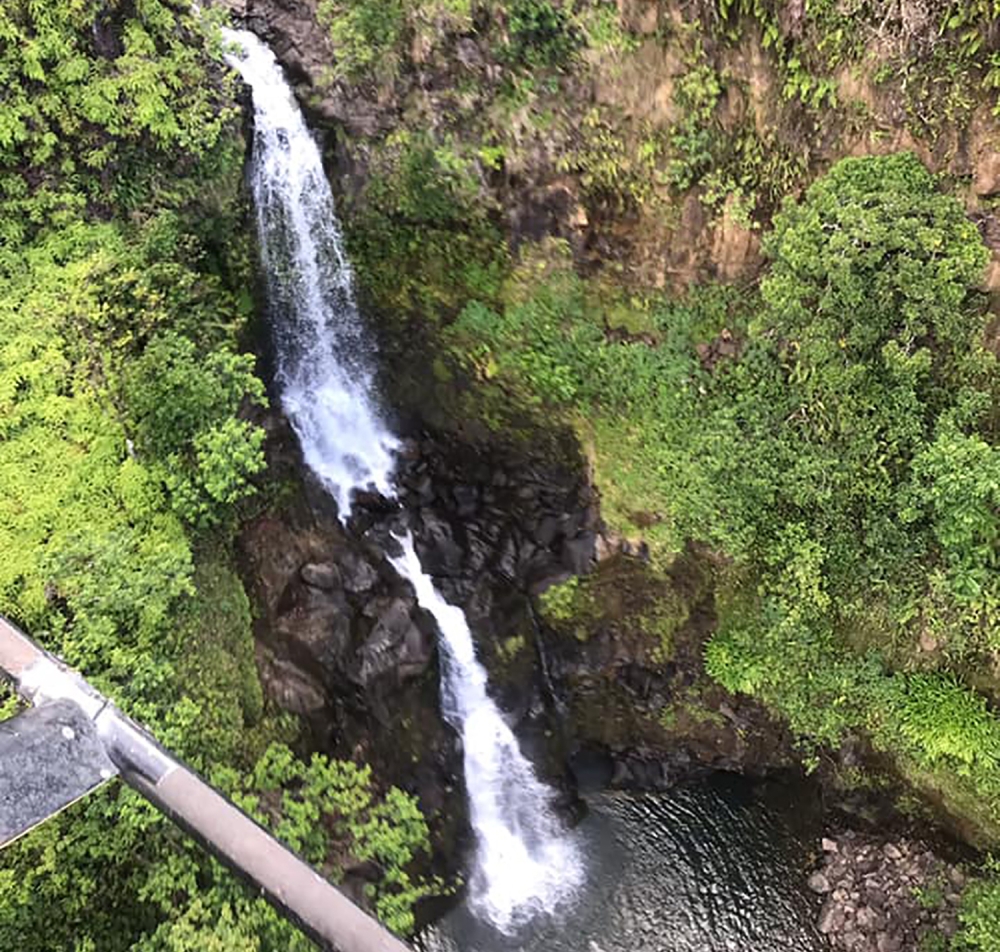 A Hawaii woman has been found alive in a forest on Maui island after going missing more than two weeks ago.

"I was crying tears of joy," Eller's mother, Julia, said. "I never gave up hope for a minute. I knew that we would find her."

The physical therapist from the Maui town of Haiku went missing on May 8. Her white Toyota RAV4 was found in the forest parking lot with her phone and wallet inside.

Hundreds of volunteers have searched for her since. Eller's parents had offered a $10,000 reward to encourage people to find her.

Javier Cantellops said he was searching for Eller from a helicopter along with Chris Berquist and Troy Helmers when they spotted her about 3:45 p.m. near the Kailua reservoir, according to Maui Police Department spokesman Lt. Gregg Okamoto and the Honolulu Star-Advertiser.

Cantellops told the newspaper that she was in the bed of a creek with waterfalls on either side.
He told CNN he saw Eller waving her hands at the helicopter.."

Eller was in an area with thick vegetation, he said. "That vegetation is so thick, it's a miracle that we saw her," Cantellops told CNN.
The Maui Fire Department brought Eller to a hospital for evaluation, Okamoto said in a statement.

Her mother told the Maui News that Amanda Eller survived by staying near a water source and eating wild raspberries and strawberry guavas.

She even ate a couple of moths, Julia Eller said.

Her daughter tried to catch some crawfish, but she was "not very successful," Julia Eller said.

"She lost quite a bit of weight, as you can imagine, being lost for that amount of time," Julia Eller said.

"But she was able to survive it. She had the right skills and did the right things to buy time so that we had a chance to find her."

Amanda Eller suffered a leg fracture, abrasions on her ankles and a severe sunburn, but Julia Eller told the Maui News that her daughter's spirits were good.

"And all of those things are treatable," Julia Eller said.

A photo was posted to a Facebook page tracking the search, showing a smiling Eller with what appeared to be injuries to her face and dirt on her clothing. The photo shows Eller surrounded by Cantellops, Berquist and Helmers.

"This search and rescue was truly a community collaboration of Maui County first responders, family, friends and community volunteers," Victorino said in a statement. "I extend my deepest appreciation for everyone involved in searching for and locating Amanda. Your work, determination and sacrifice has helped return her to her loving family. God bless them all."