Plane that crashed in Mumbai, killing 5, was under repair

A small plane that crashed into a construction site in India’s financial capital of Mumbai, killing five people, was not certified as airworthy and was undergoing major repairs after an earlier crash, an aviation company official said Friday. 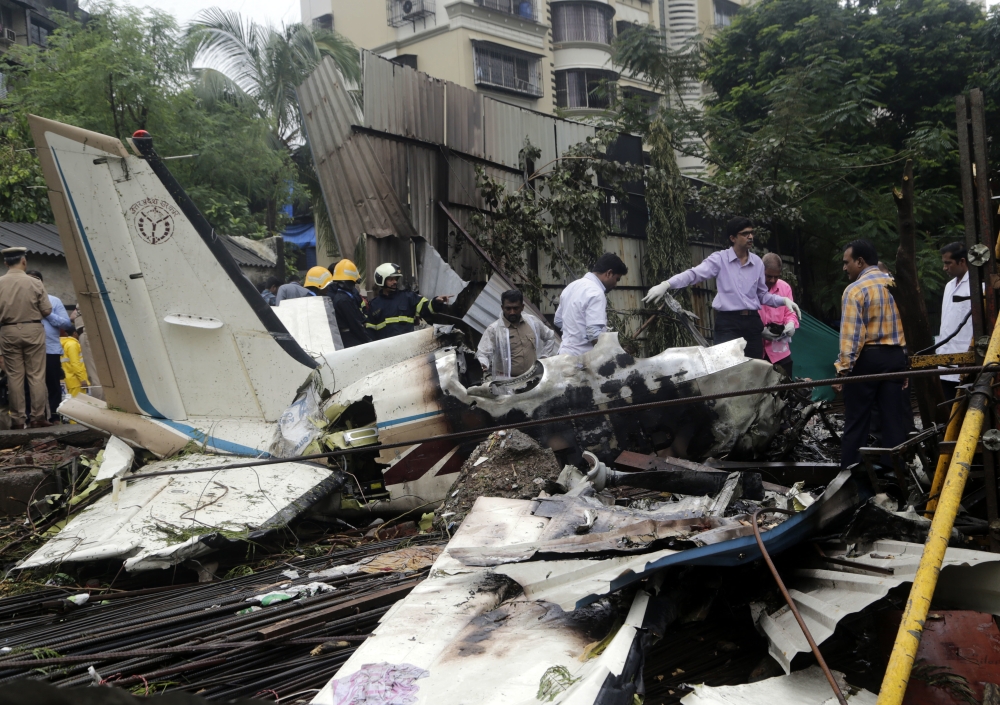 Anil Chauhan, a top official of the UY Aviation, which owned the small King Air C90, said the plane was on a test flight when it crashed Thursday.

“Though we have ownership of the aircraft, it was under the care of Indamer company. The aircraft was not yet handed over to us, it did not have a certificate of airworthiness,” Chauhan said in an interview broadcast by the TimesNow news channel.

Indamer CEO Rajeev Gupta told reporters his company was repairing the plane and that the heavy rains occurring in Mumbai when the plane took off were not ideal conditions. He said test flights shouldn’t be carried out in poor weather.

Two pilots, two flight technicians and one person at the construction site were killed when the plane crashed in the Ghatkopar district, a crowded area with many residential apartments. A civil aviation ministry team was examining the site Friday.

More than 50 workers at the construction site had a narrow escape as they left for lunch five minutes before the crash occurred.

“As the plane hit the area with a bang and engulfed the construction site with fire and smoke, we came rushing from a nearby cabin,” said Krishna Bhalekar, a worker at the site.

The plane had been bought in 1995 by the Uttar Pradesh state government, which decided to sell it after the crash in 2012 caused damage that required costly repairs, said Surya Pal Gangwar, a state civil aviation official in Lucknow, the state capital. The first crash had caused no casualties.

The Uttar Pradesh government sold the damaged aircraft to a Pune-based company, which sold it to the present owner, UY Aviation Pvt Ltd.

A small plane crashed into a construction site in a densely populated area of India's financial capital Mumbai on Thursday, killing five people including one on the ground, officials said.

"Five people have succumbed to their injuries after the chartered plane crashed, including one pilot, three co-passengers and a pedestrian," Mumbai police spokesman Deepak Deoraj told AFP.

There were four passengers on the 12-seater aircraft when it crashed shortly into the construction site shortly after 1:30pm (0800 GMT), said Mumbai disaster management spokesman Tanaji Kamble.

Indian media reported that the plane belonged to the Uttar Pradesh state government.

"Police teams have reached the venue and are conducting (a) probe," a Mumbai police official said in a statement sent on WhatsApp.

"Our teams have extinguished the fire and are conducting rescue operations," he told AFP.