Three people were gored and a further two people suffered head trauma during the first day of Spain’s best-known bull-running festival in the northern town of Pamplona on Sunday, the Red Cross said.

One man was loaded into an ambulance on a stretcher shortly after the dash through the medieval town center’s narrow streets to the bullring, which lasted two minutes and 41 seconds. 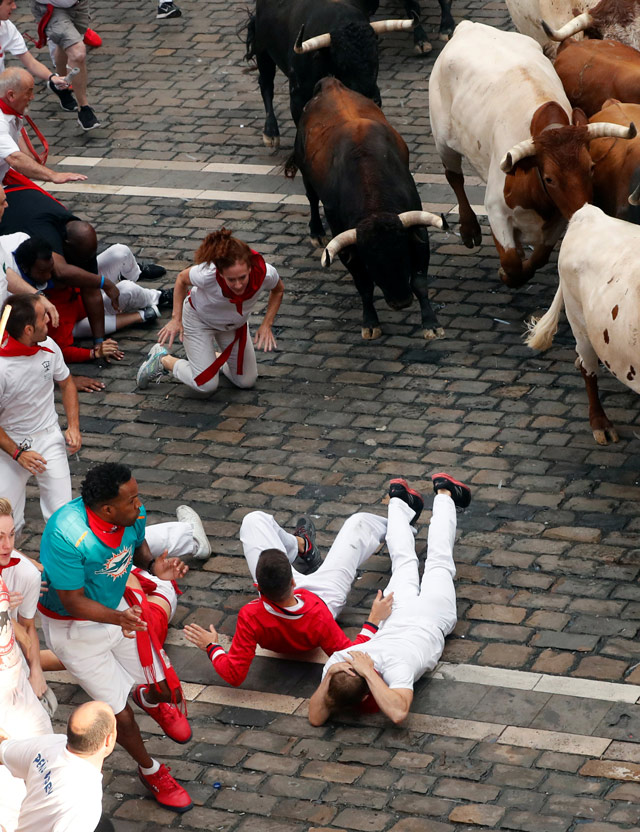 Revellers sprint near bulls and steers during the second running of the bulls at the San Fermin festival in Pamplona, Spain, July 8, 2019.

Thousands of runners, dressed head to toe in white, with bright-red neckerchiefs, gather every year for the traditional morning run, after which the animals are kept in the bullring until the afternoon’s fights.

A total 53 people were treated by the Red Cross. 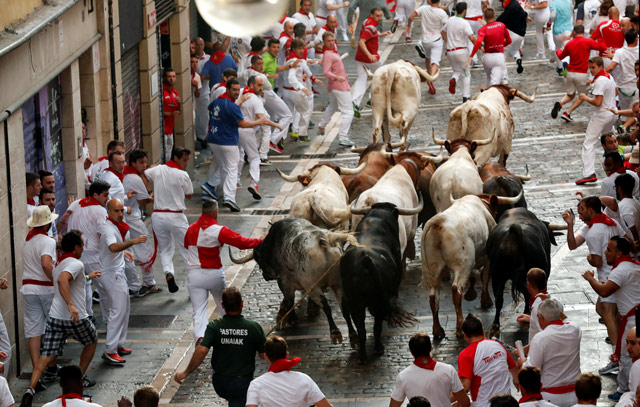 Revellers sprint near bulls and steers at the San Fermin festival in Pamplona, Spain, July 8, 2019.

Runners often get injured at traditional bull-runs in Spain, but no one has died at Pamplona’s San Fermin festival since Spaniard Daniel Jimeno was gored in the neck by a Jandilla bull in 2009.

This year, the bulls were from cattle breeder Puerto de San Lorenzo, whose bulls have been responsible for one goring in the past.

One person was gored on the opening day of the festival last year. 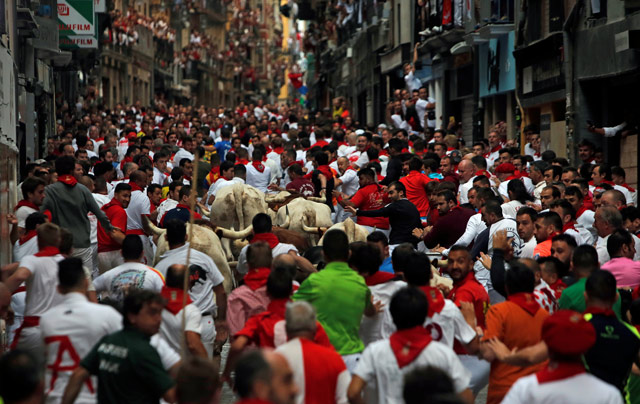 Revellers sprint in front of bulls and steers during the second running of the bulls at the San Fermin festival in Pamplona, Spain, July 8, 2019.

Locals and tourists alike will join in the 8 a.m. (0600 GMT) run every morning until next Sunday.

The festival regularly stokes debate about the treatment of animals. On Friday, protesters lay half-naked on the street with fake spears coming out of their backs to protest against what they see as cruelty.