Rescuers recover body of Spanish boy who fell down well

Rescuers early on Saturday found the body of a two-year-old boy who fell into a deep well nearly two weeks ago in southern Spain, triggering an unprecedented rescue operation fraught with glitches that had kept the country on tenterhooks. 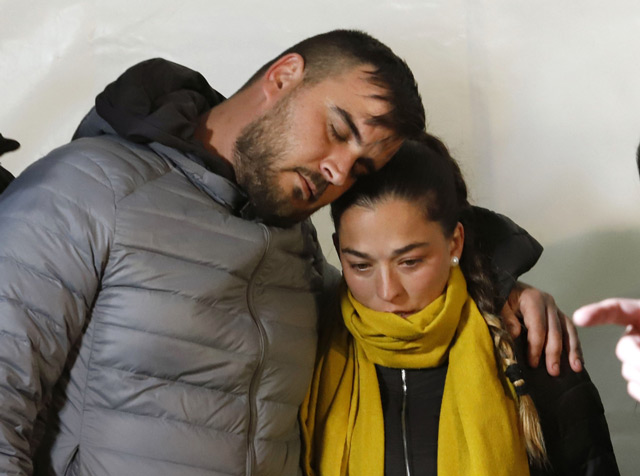 Hundreds of people had been working round-the-clock under the media glare to try to reach Julen Rosello, who plunged down a narrow shaft which is more than 100 metres (330 feet) deep on January 13 while his parents prepared a lunch in Totalan, a southern town near Malaga.

"Unfortunately at 1:25 am the rescue team reached the spot where they were looking for Julen and found the lifeless body of the little one," the central government's representative in the southwestern region of Andalusia, Alfonso Rodriguez Gomez de Celis, wrote on Twitter.

A hearse arrived at the site shortly after the news broke to take his body to a funeral home.

There had been no sign of life from the boy but rescuers believed they knew where he was inside the illegal well.

The only evidence of the boy's presence were some strands of hair that matched his DNA and a bag of candy that he had been holding when he fell into the well.

"All of Spain feels the infinite sadness of Julen's family. We have followed closely every step to reach him," Prime Minister Pedro Sanchez wrote on Twitter.

"We will always appreciate the tireless effort of those who searched for him during all these days."